Two men who couldn’t have less in common — Mayor Beame and an Indian guru — crossed paths at City Hall yesterday.

Guru Sri Chinmoy was there to press his approach to problem solving — meditation and love of God — upon the mayor. He left for the mayor’s leisurely perusal a seven-foot stack of books representing his life’s writings.

In addition to writing 300 books in the last five years — the last of which rolled off the press yesterday — the guru has turned out 124,000 paintings. He did not leave them.

He urged that the mayor, in grappling with the city’s problems, try a new tack — meditation instead of cogitation and agitation, which to date have not proved to be entirely effective, he pointed out.

Sri Chinmoy, who has lived in the city for 12 years, said that when he opened himself to God, he was able to complete 16,031 paintings in a 24-hour period. Disciples said the master’s work ranged from the pictures the size of postage stamp to blackboard dimensions. In another 24-hour stretch, Chinmoy said, he wrote 843 poems. He did not say how long, they were.

The books the guru donated to the city yesterday will be placed in the New York Public Library.

The guru conducts meditation sessions twice a week for United Nation delegates and staff. About 15 show up at each session.

Although the guru does not claim supernatural powers, he says in his writings that he does embody God. His disciples number about a thousand throughout the world and are required to abstain from meat, alcohol, smoking and premarital sex.

To support themselves, the disciples run several “divine enterprises,” which include a cluster of stores on Parsons Blvd. in Queens that sell stationery, health food, spices, flowers and ice. 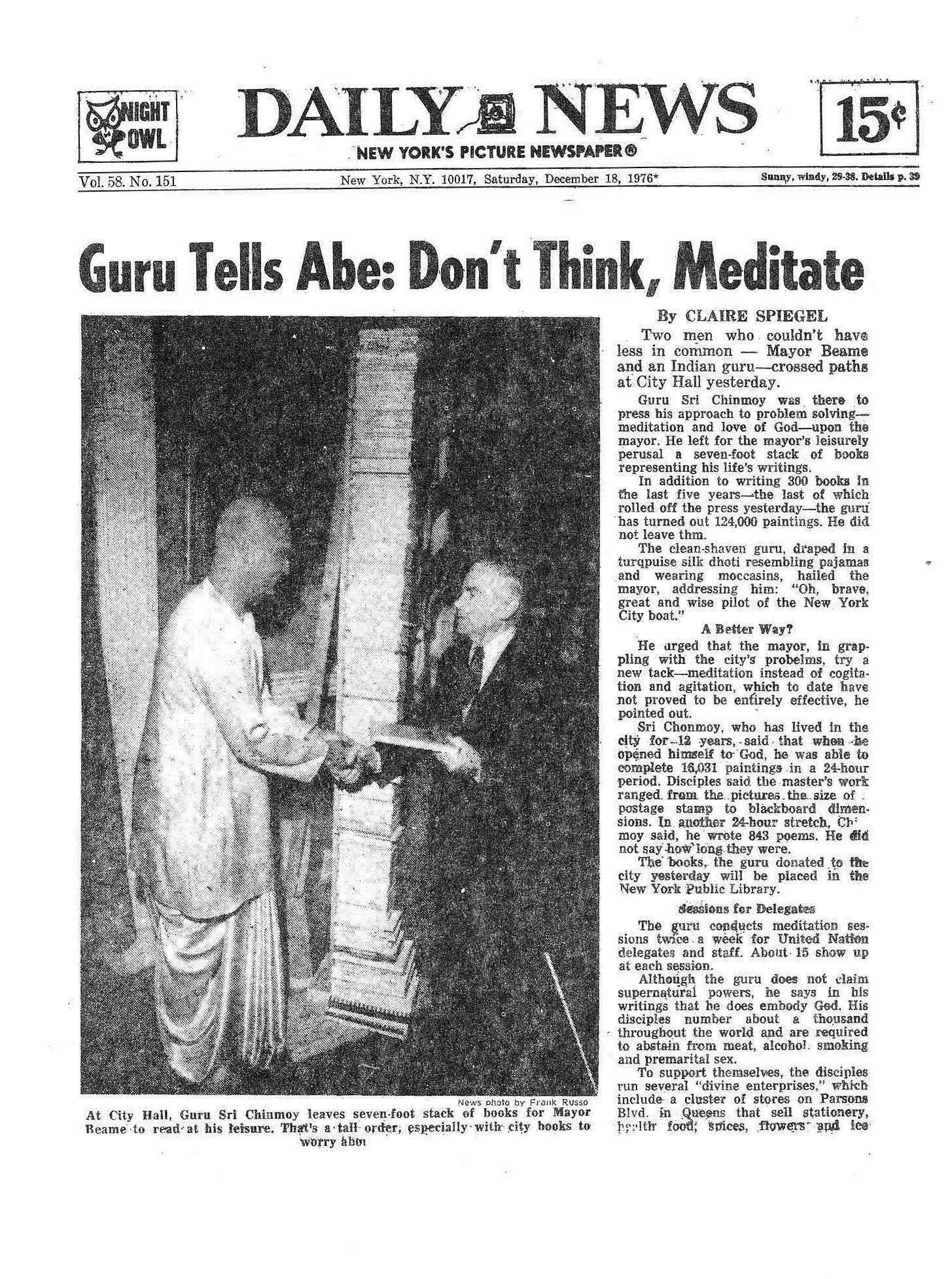 At City Hall, Guru Sri Chinmoy leaves seven-foot stack of books for Mayor Beame to read at his leisure. That's a tall order, especially with city books to worry about