About the author
Home » The body’s fitness-gong, the soul’s fulness-song 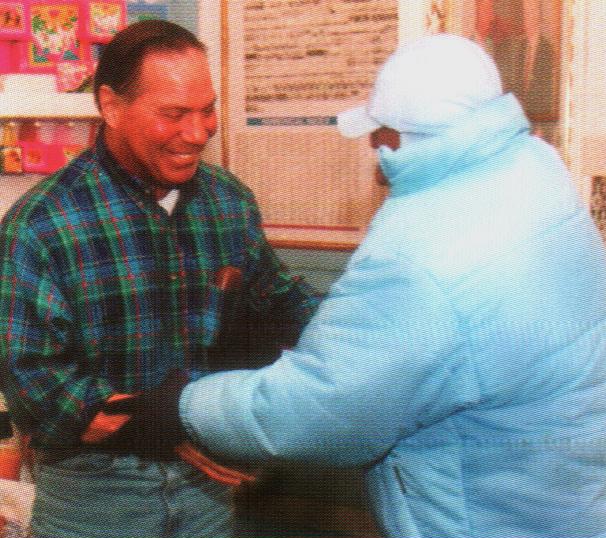 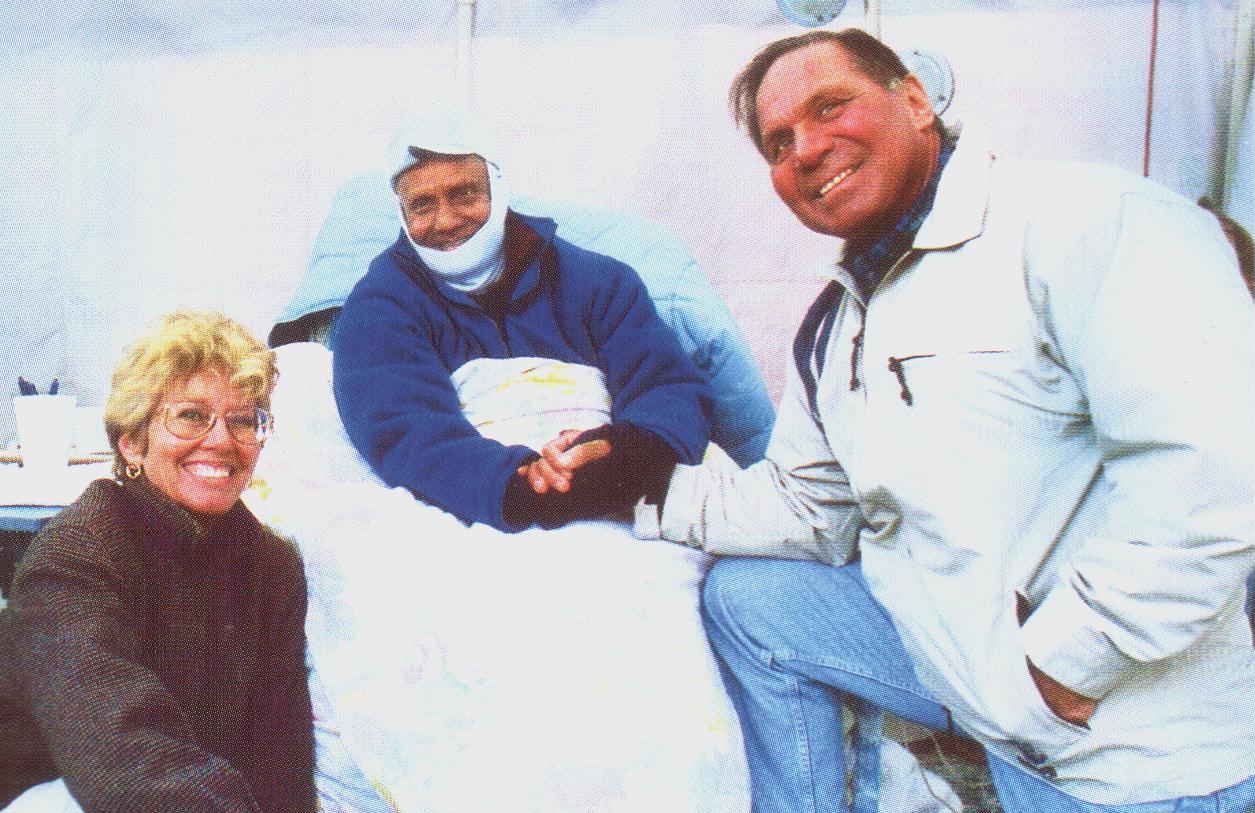 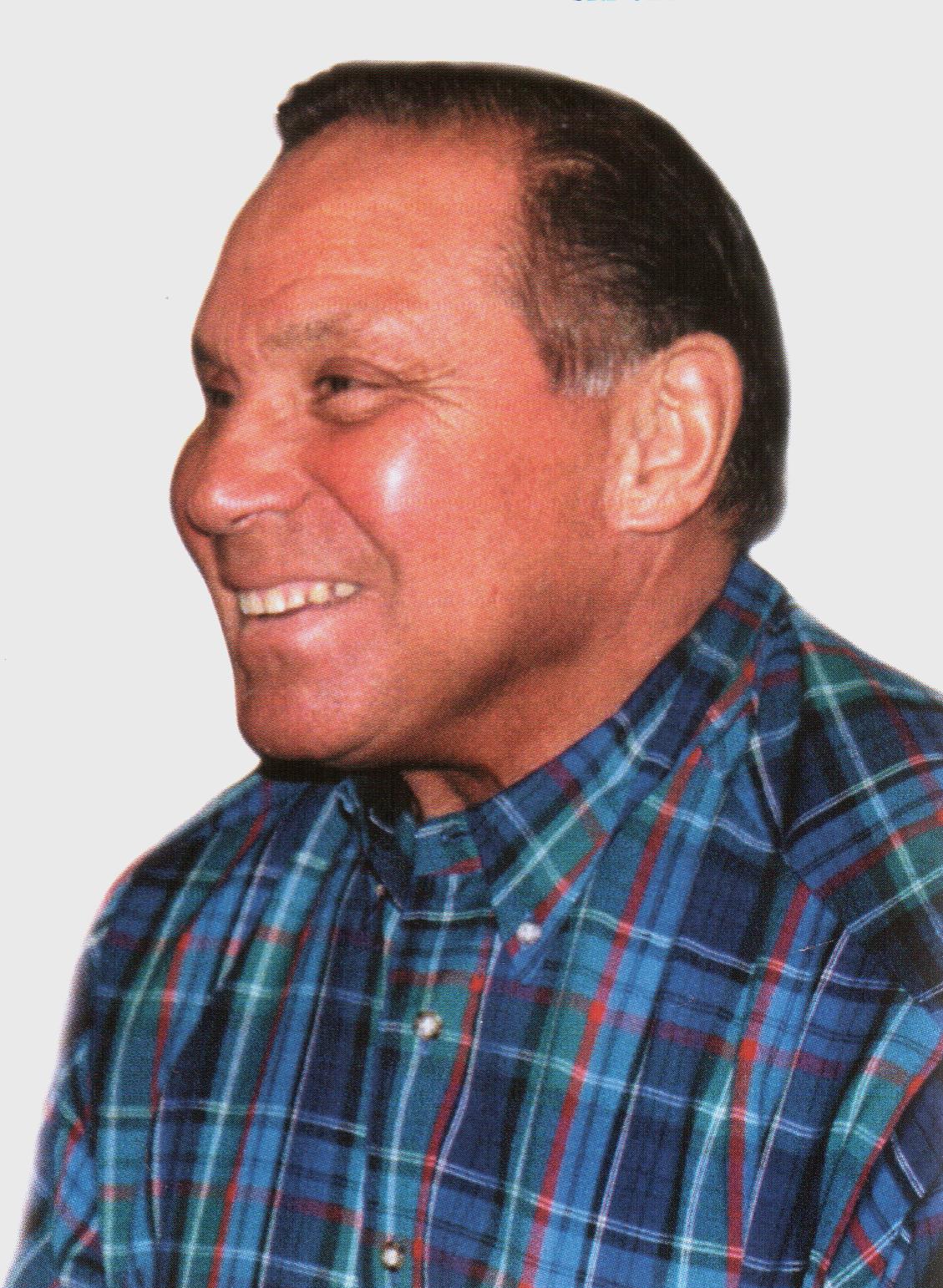 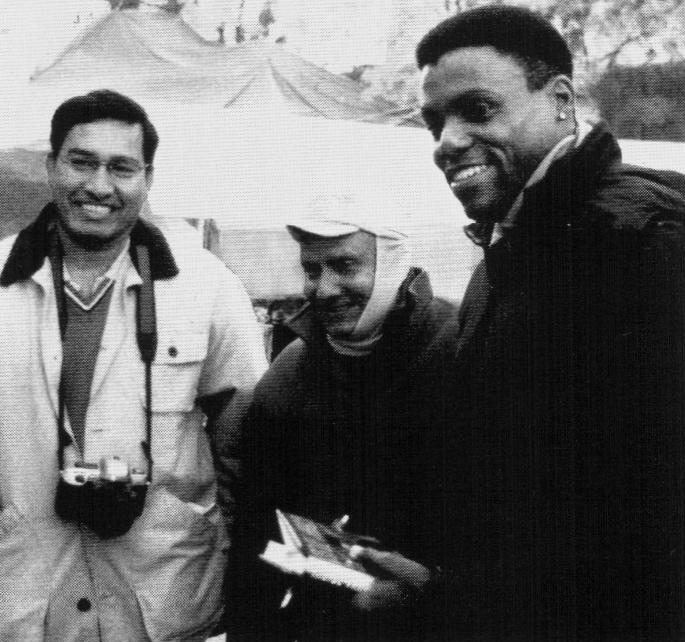 Sudhahota autographs a copy of his autobiography Inside Track for Sayeed-ur-Rabb, the editor of the Bangladesh paper The Weekly Thikana and a former Olympian representing Bangladesh in the shot put and discus in the 1984 Olympics in Los Angeles. 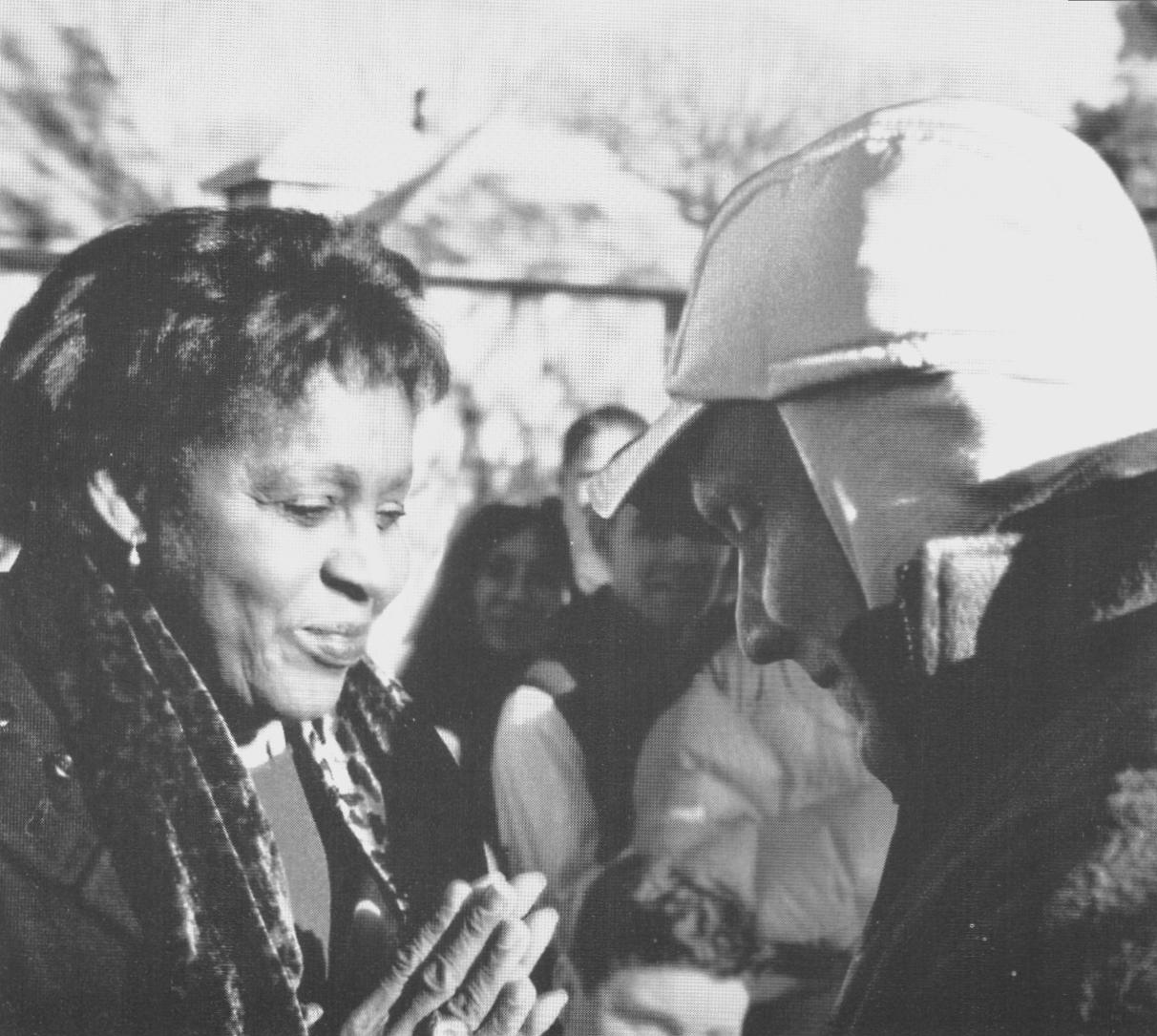 Sri Chinmoy welcomes Ambalika Evelyn Lewis, Sudhahota's mother, who kept her presence on the day as a surprise for her son 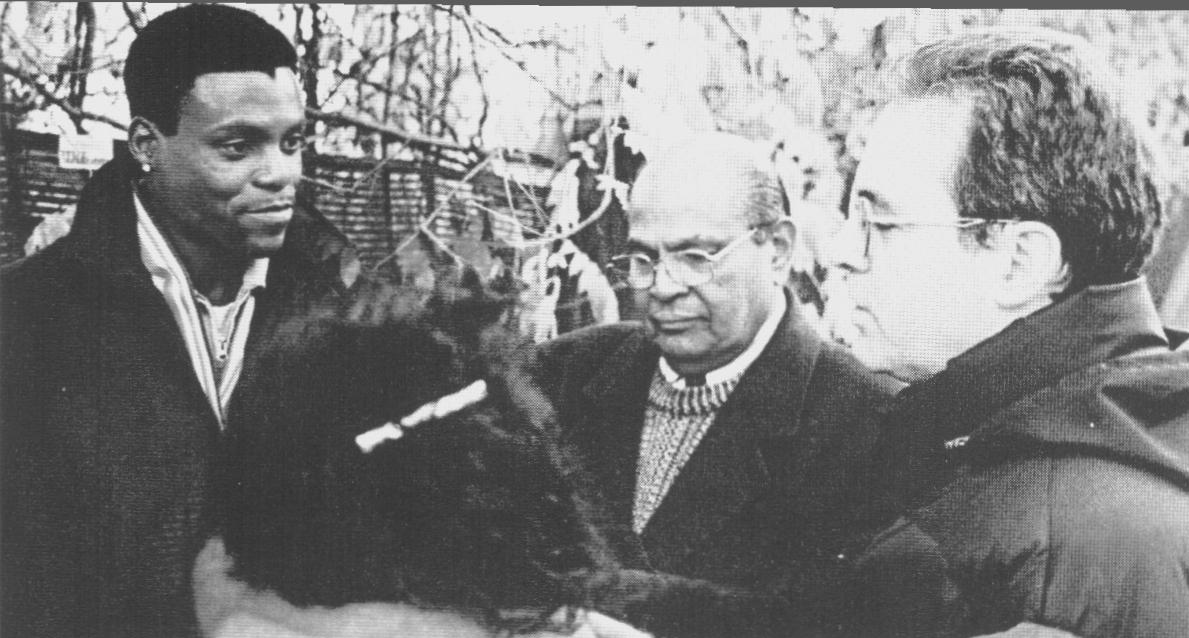 A group of singers who braved the chilly autumn conditions to perform some of the many songs that Sri Chinmoy has composed for his weightlifting adventures. 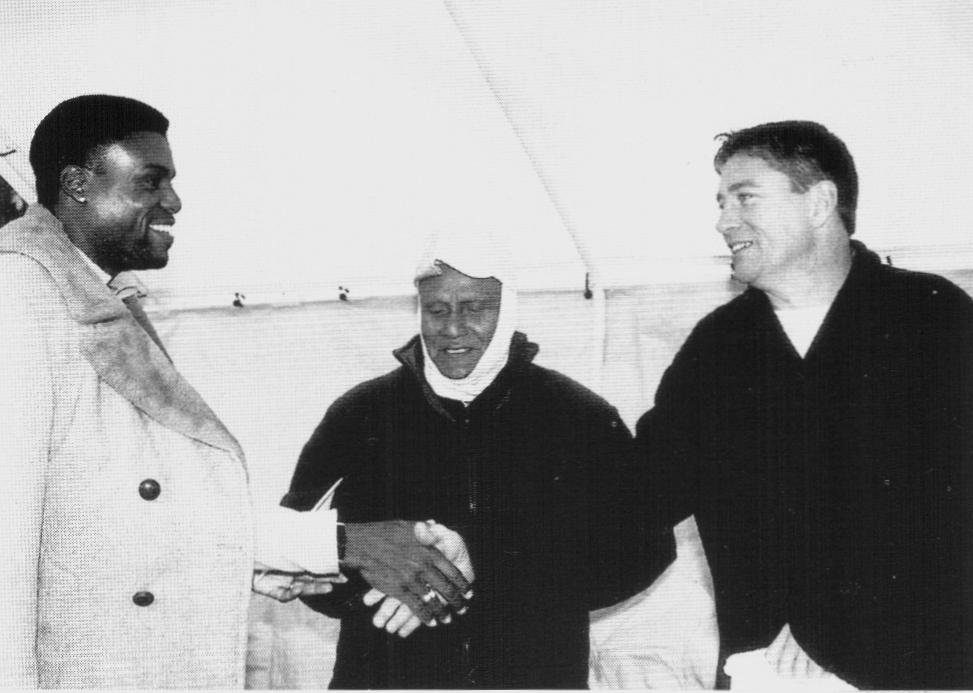 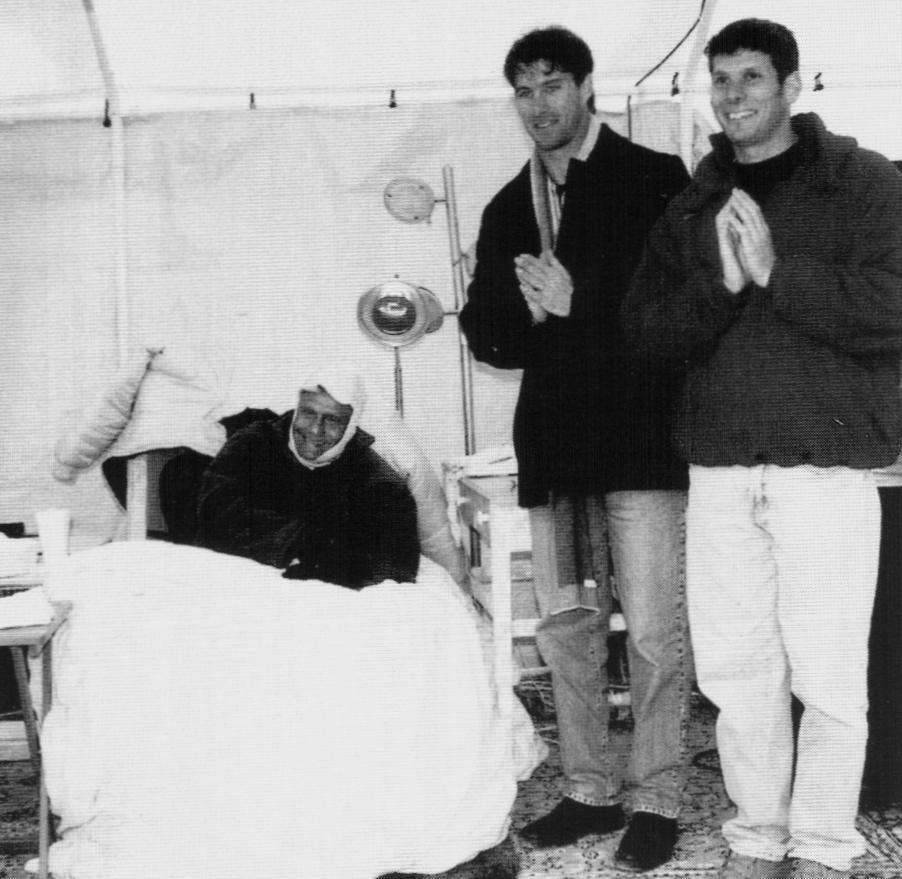 Sri Chinmoy greets Steve Finley and Durdam Rocherolle, who had just flown in from San Diego for the event. 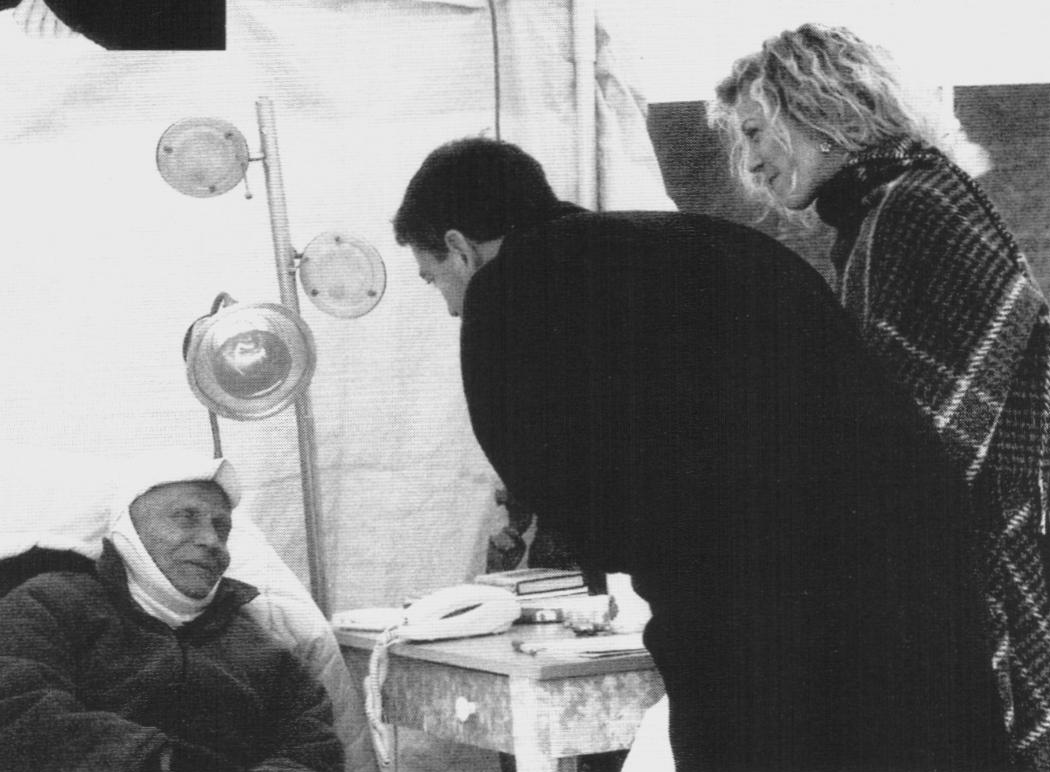 A loving exchange of smiles between Sri Chinmoy and Donny Lalonde. 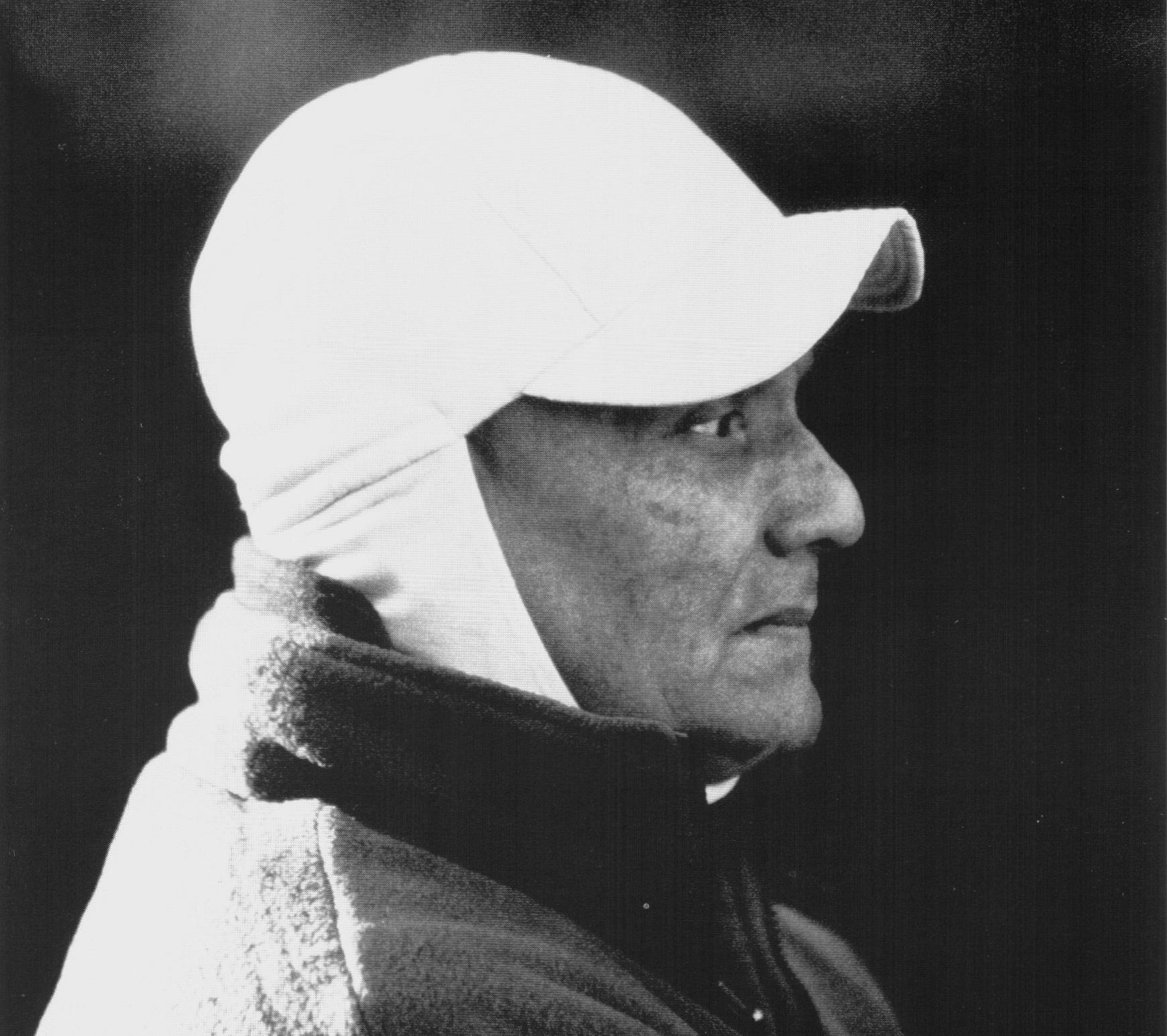 Sri Chinmoy, The body’s fitness-gong, the soul’s fulness-song, Agni Press, 1999
This page can be cited using cite-key bfg 2i9