About the author
Home » Aurobindo versus Sri Aurobindo

Aurobindo was A world-mind-traveller-hunger Par excellence. Sri Aurobindo is A cosmos-heart-lover-feast Infinite.

Aurobindo came down. Sri Aurobindo went up Only to be all-where.

Aurobindo's heart Was a God-dreamer. Sri Aurobindo's life Is a God-giver.

Aurobindo saw the world. Sri Aurobindo fought for the world And so does he still.

His The Life Divine Is God the man's Aspiration-victory-song. His Savitri Is man the God's Transformation-manifestation-gong.

Aurobindo accepted humanity's imperfections As his own. God accepted Sri Aurobindo To claim His Perfection As his own, very own.

Sri Aurobindo is caught By both man and God alike — Man for his transformation; God for His manifestation.

The Reverend George Pattison, Dean of King's College Chapel, Cambridge University, invited Chinmoy to offer a talk about Sri Aurobindo and a Peace Concert in commemoration of the 50th anniversary of Sri Aurobindo's Mahasamadhi.

Chinmoy's visit to Cambridge took place on November 1st, 2000. After attending evensong in the Chapel where Sri Aurobindo used to pray, Chinmoy offered the following talk and gave a Peace Concert in Keynes Hall.

This was the second time Chinmoy had been invited by the Dean to observe Sri Aurobindo's most significant connection with Cambridge University. On November 12th, 1997 Chinmoy offered a talk on Sri Aurobindo and a Peace Concert at King's College Chapel in honour of the 50th anniversary of India's independence. 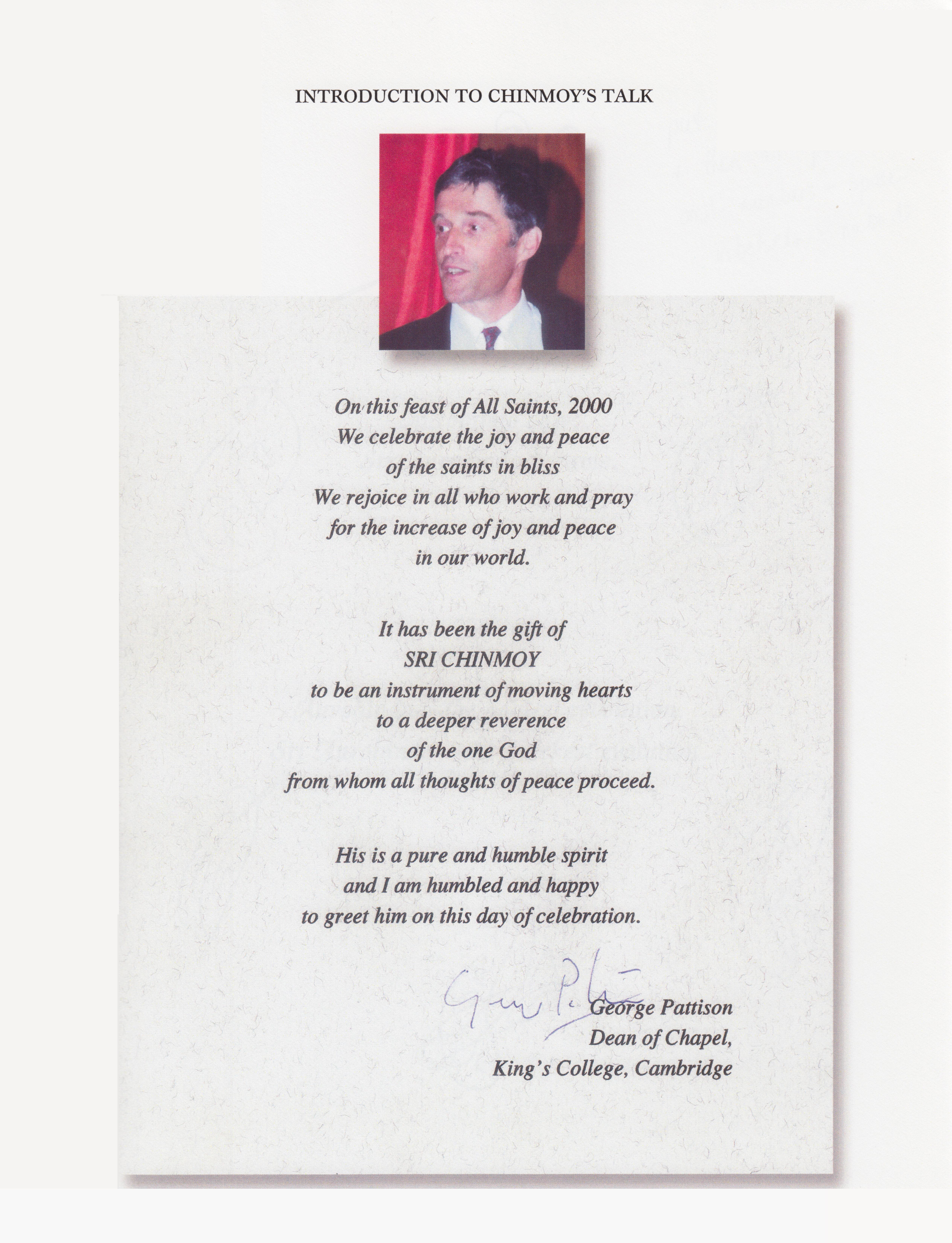 On this feast of All Saints, 2000
We celebrate the joy and peace
of the saints in bliss
We rejoice in all who work and pray
for the increase of joy and peace
in our world.


It has been the gift: of
SRI CHINMOY
to be an instrument of moving hearts
to a deeper reverence
of the one God
from whom all thoughts of peace proceed.


His is a pure and humble spirit
and I am humbled and happy
to greet him on this day of celebration. 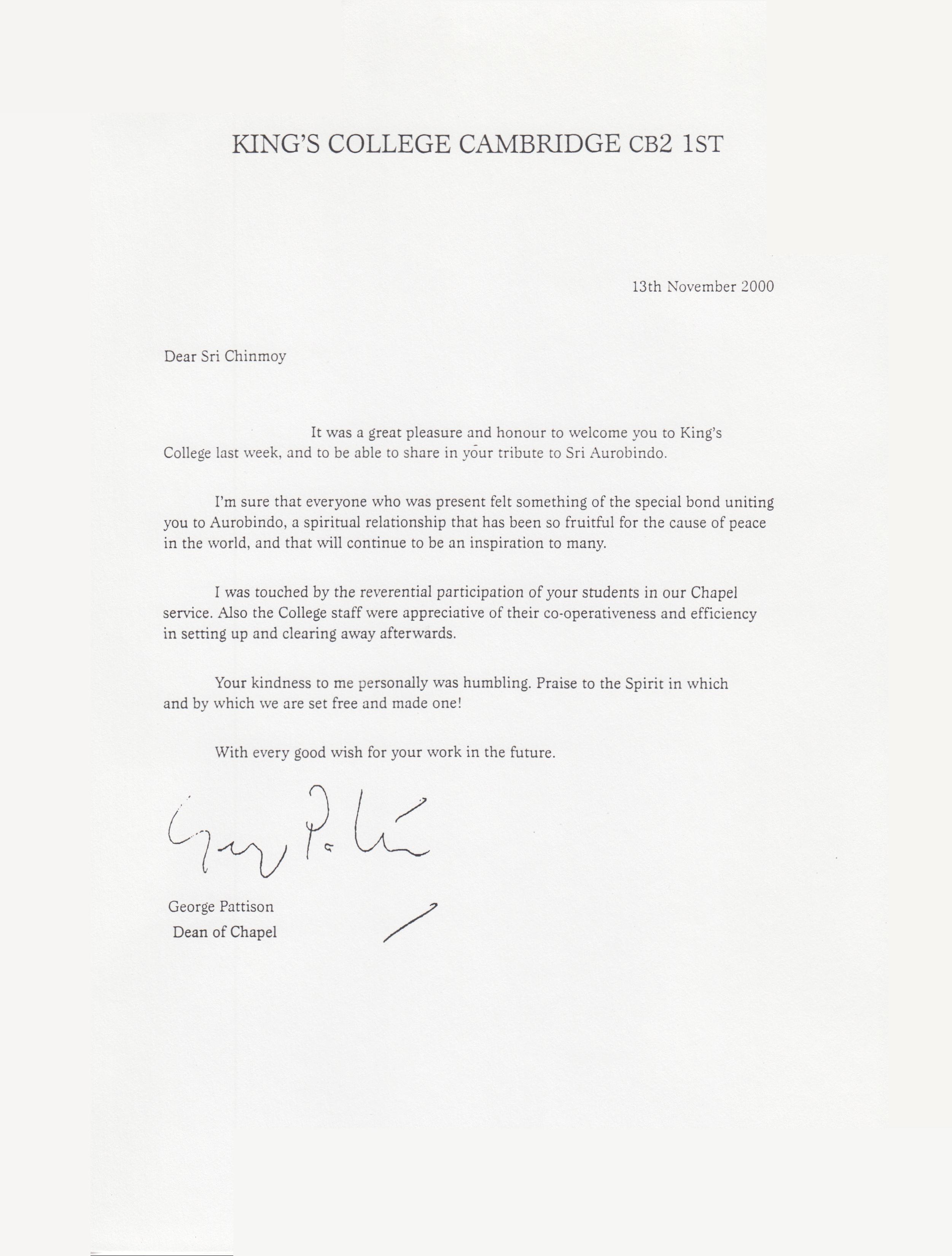 It was a great pleasure and honour to welcome you to King's College last week, and to be able to share in your tribute to Sri Aurobindo.

I'm sure that everyone who was present felt something of the special bond uniting you to Aurobindo, a spiritual relationship that has been so fruitful for the cause of peace in the world, and that will continue to be an inspiration to many.

I was touched by the reverential participation of your students in our Chapel service. Also the College staff were appreciative of their co-operativeness and efficiency in setting up and clearing away afterwards.

Your kindness to me personally was humbling. Praise to the Spirit in which and by which we are set free and made one!

With every good wish for your work in the future.

file:mediaasa-02.jpg This bust of Sri Aurobindo was presented to King's College at the time of Chinmoy's previous visit in 1997 by Dr. L.M. Singhvi, High Commissioner for India to the United Kingdom 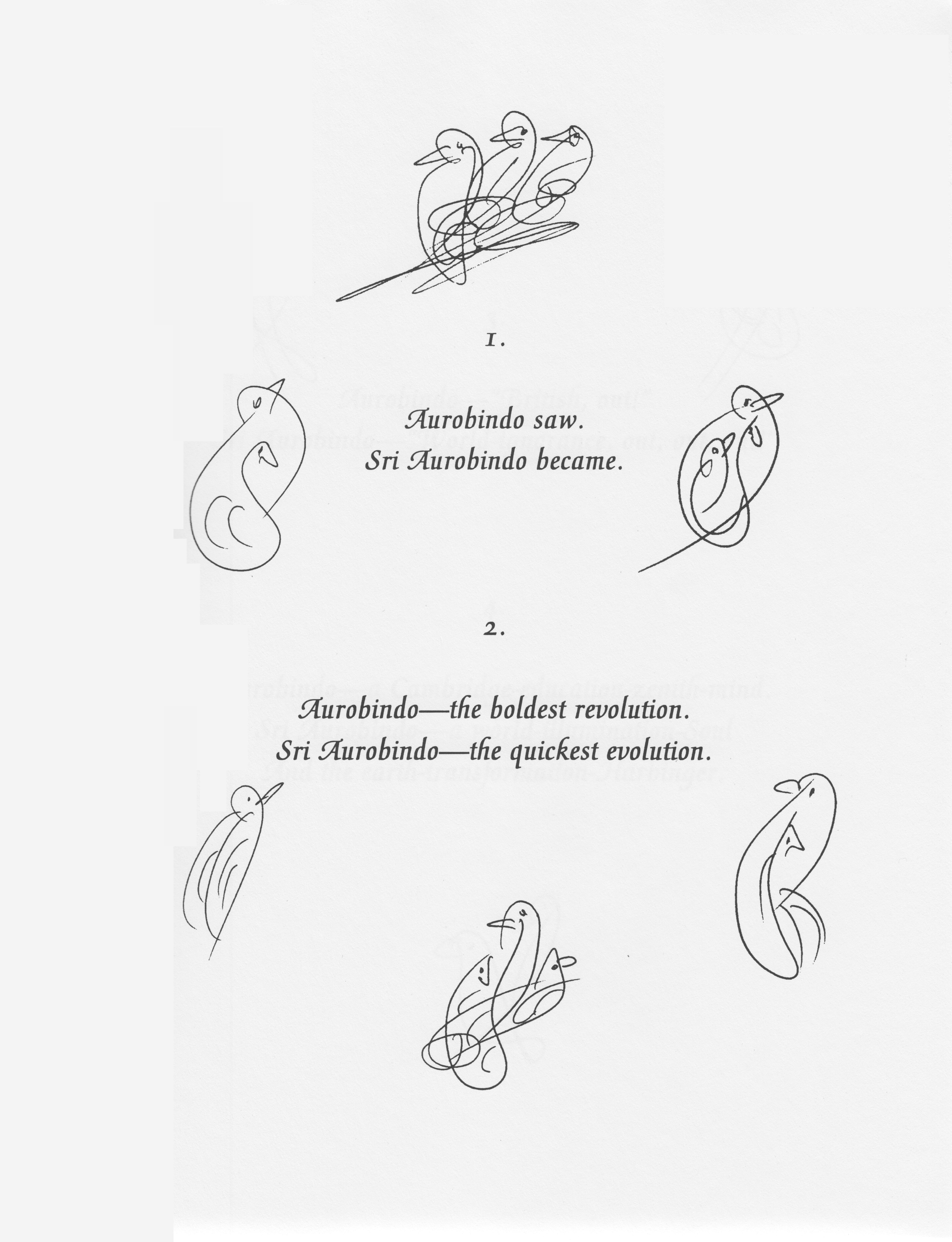 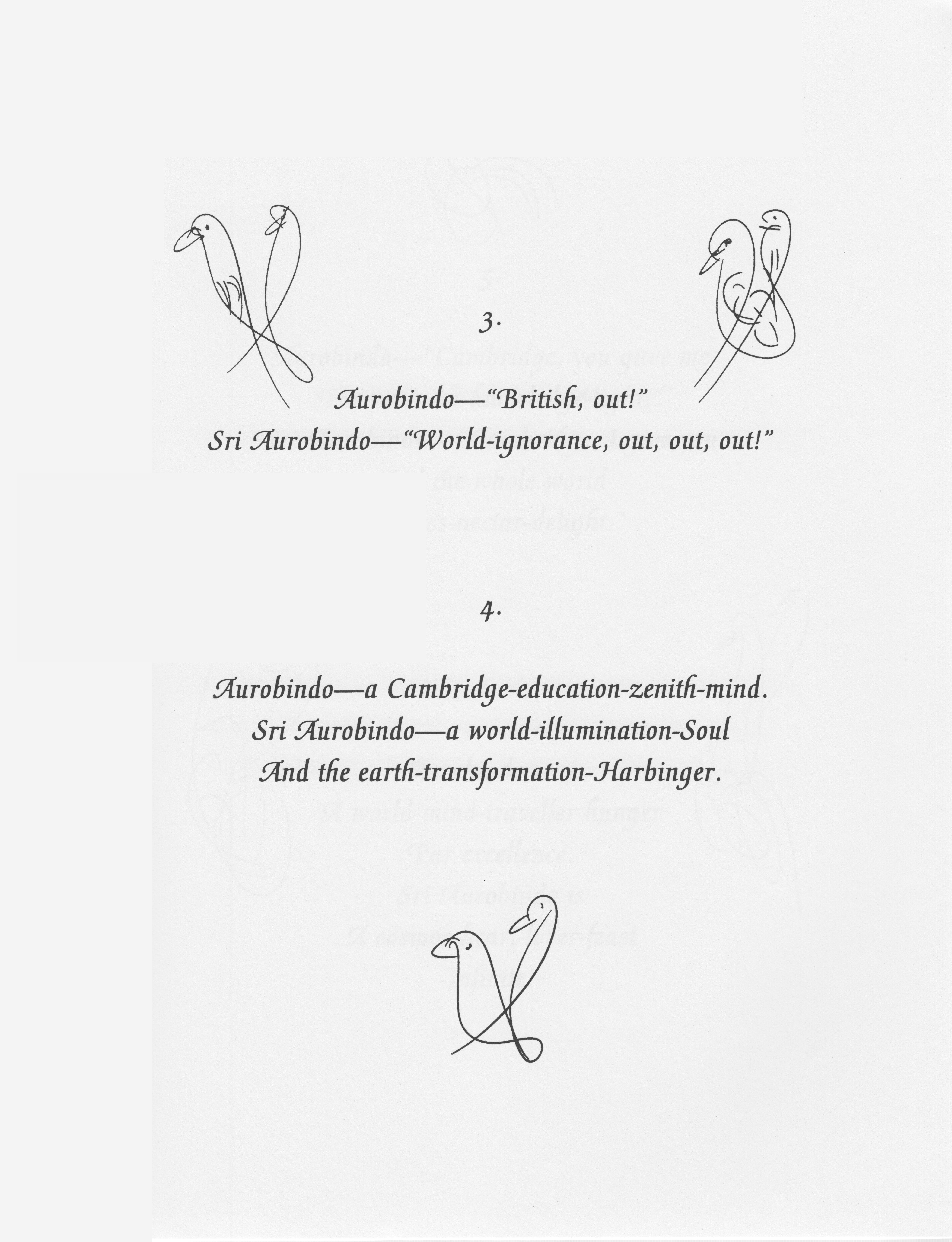 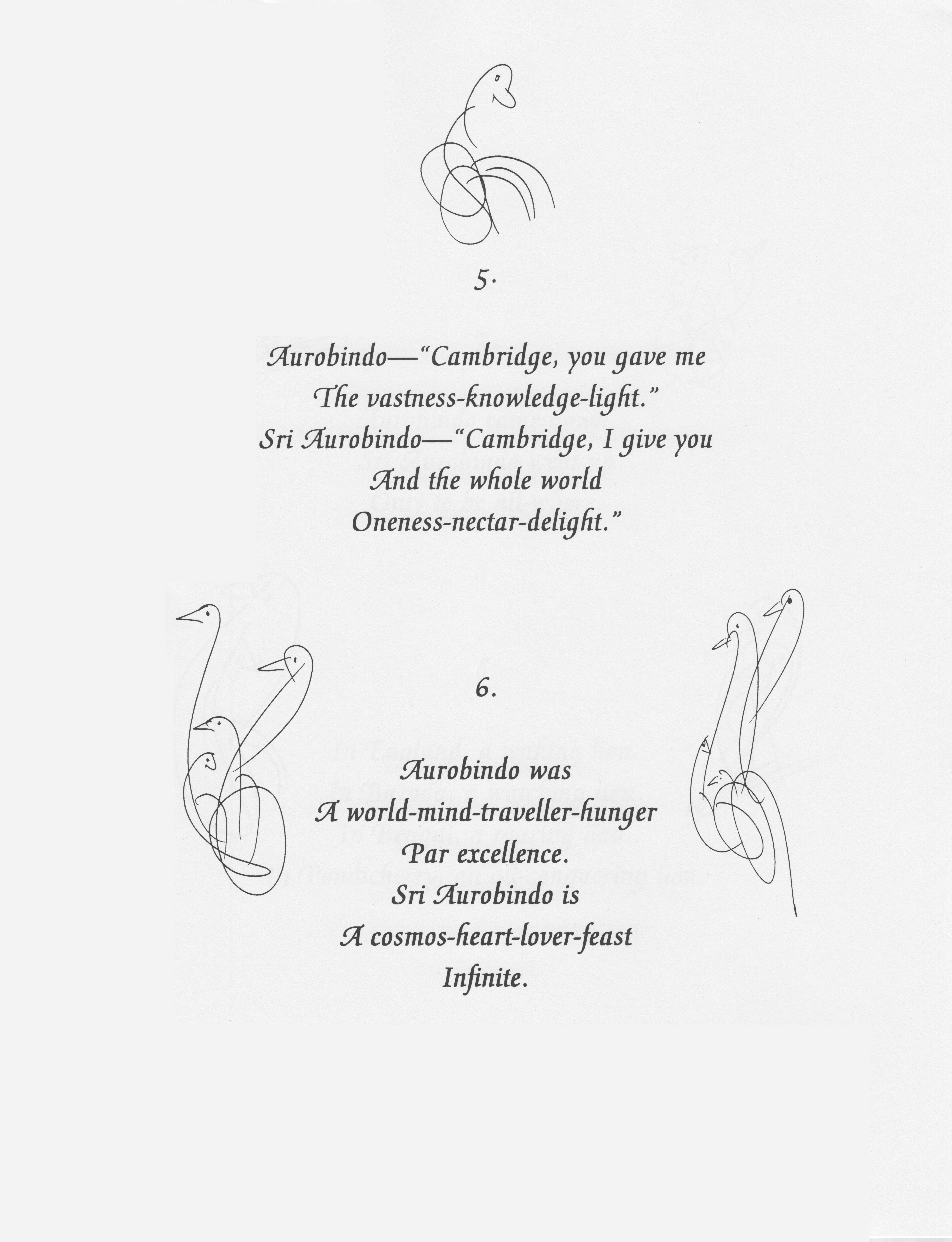 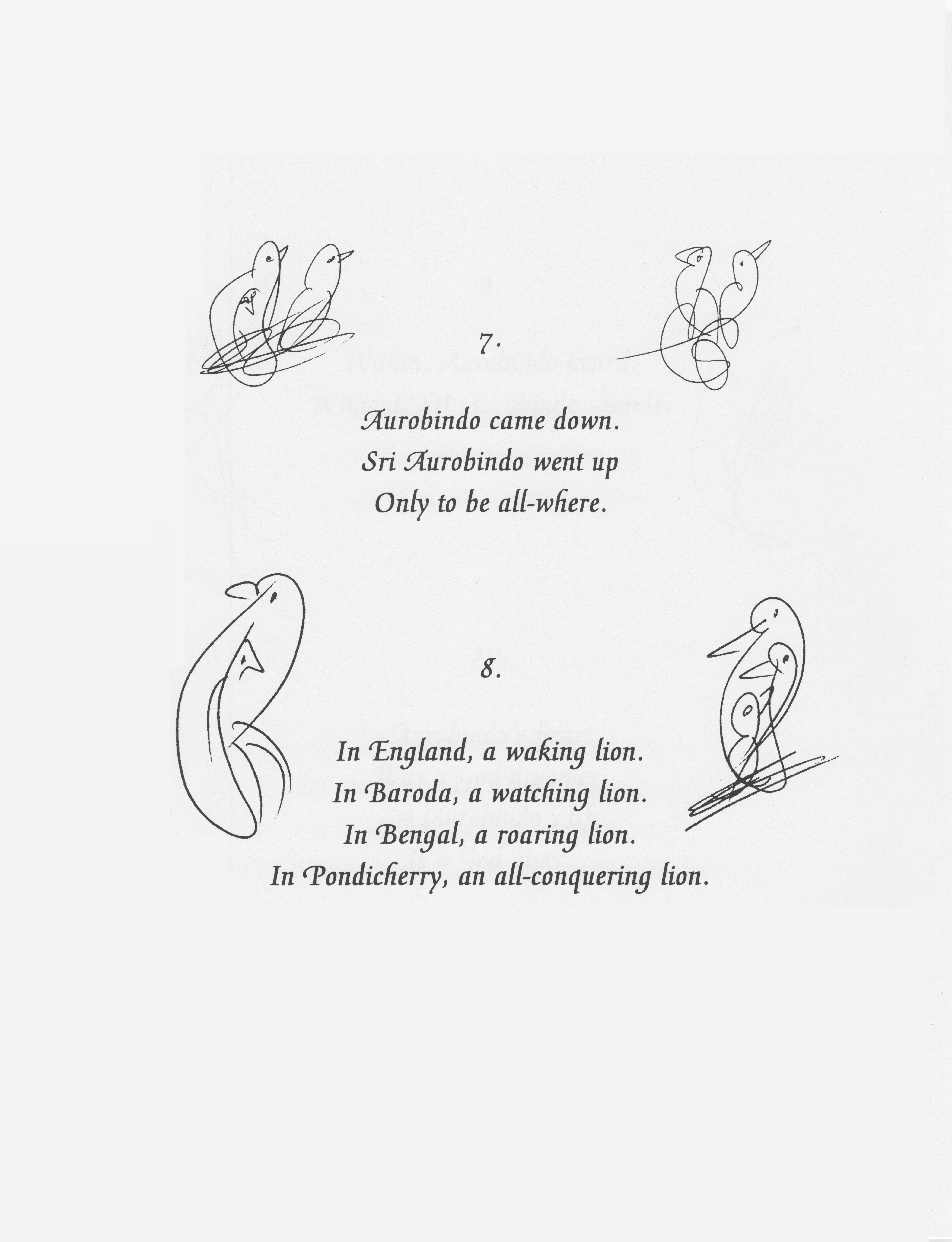 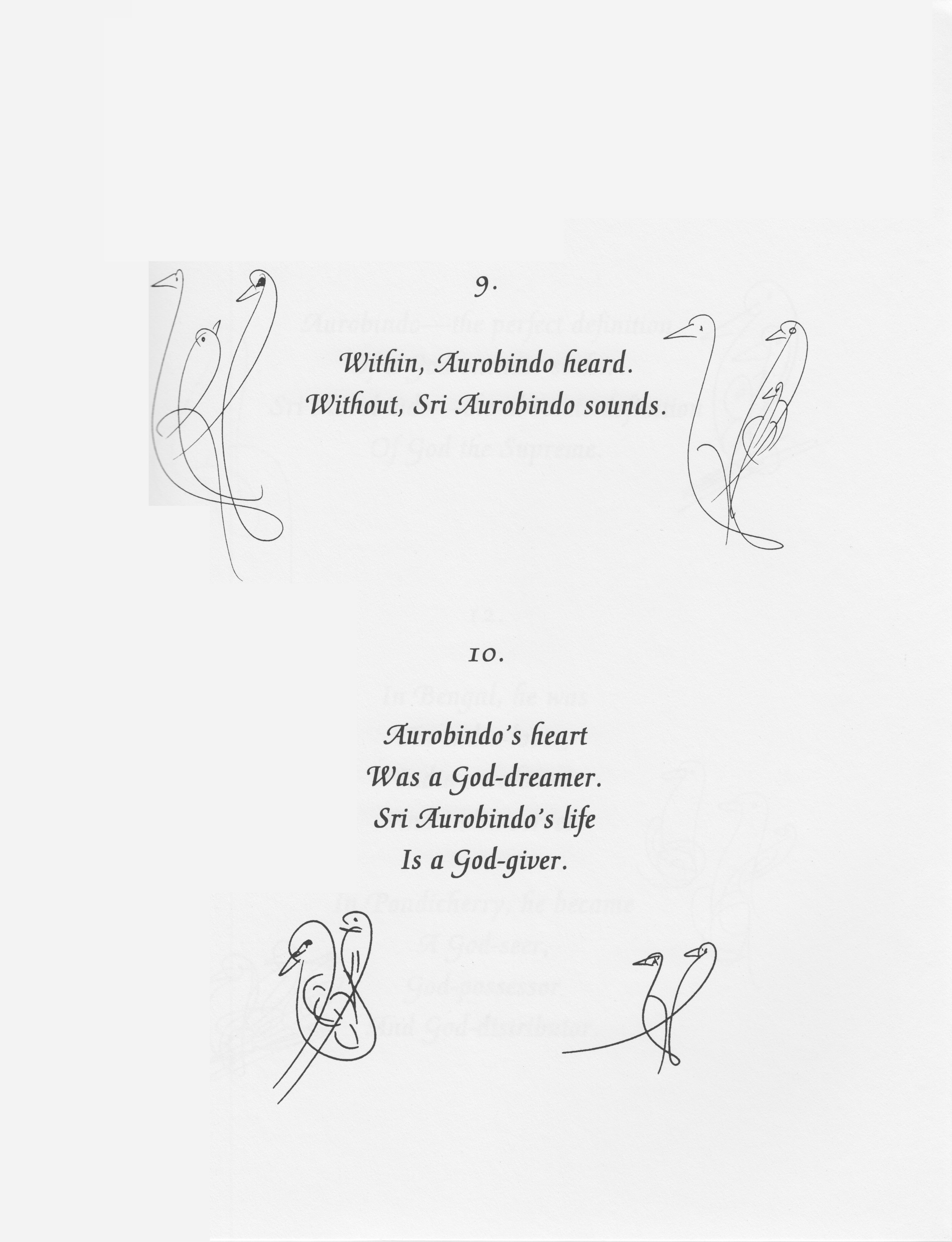 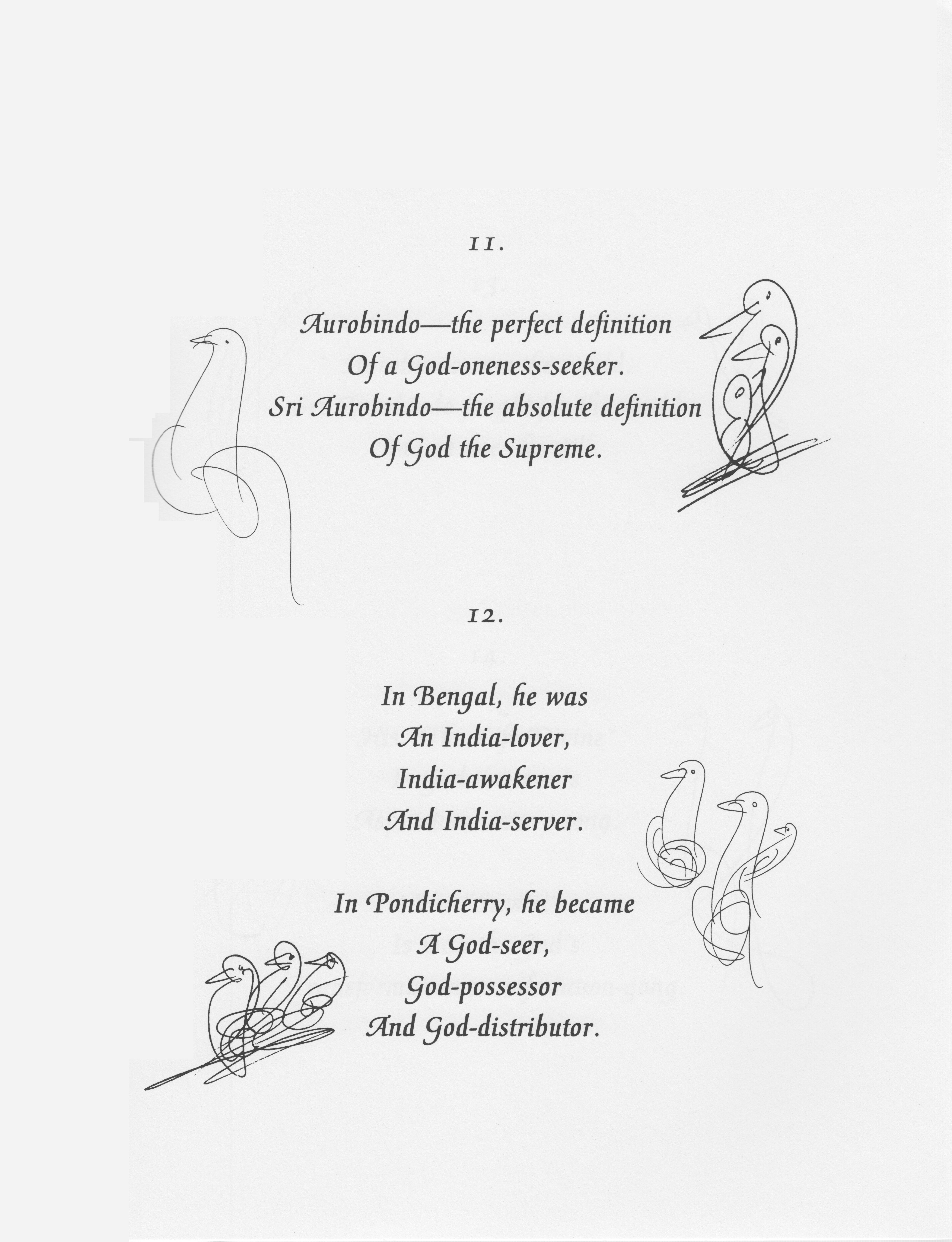 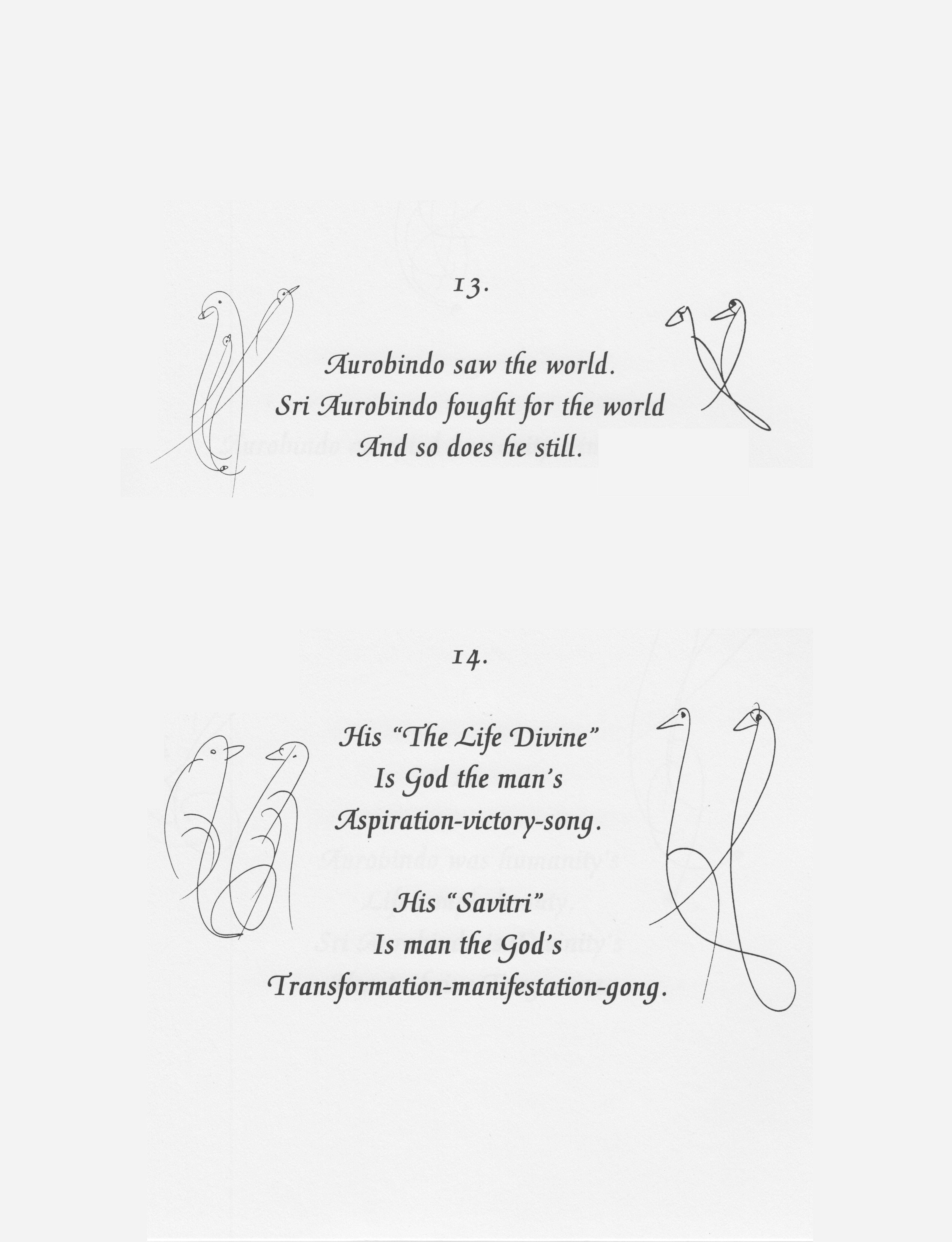 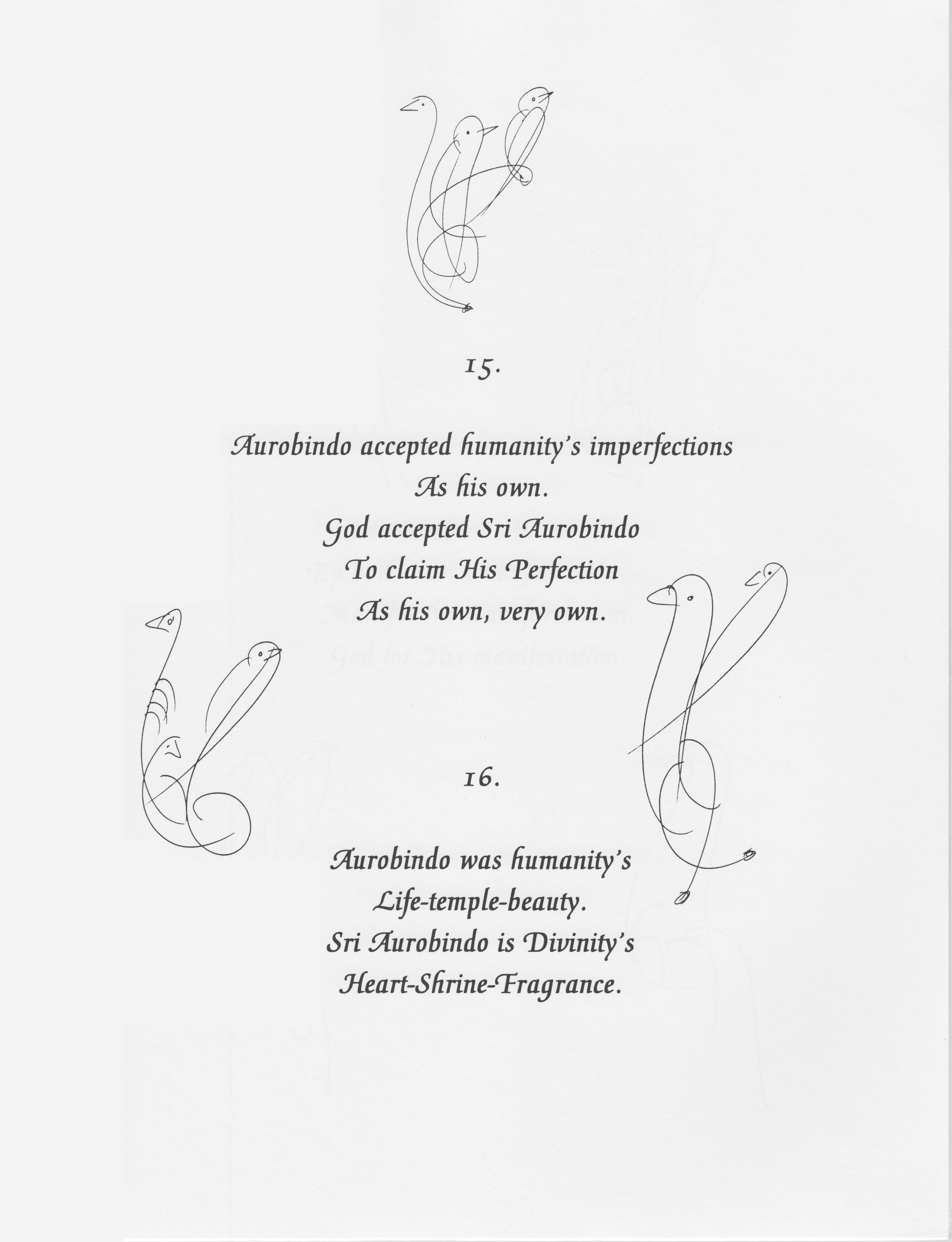 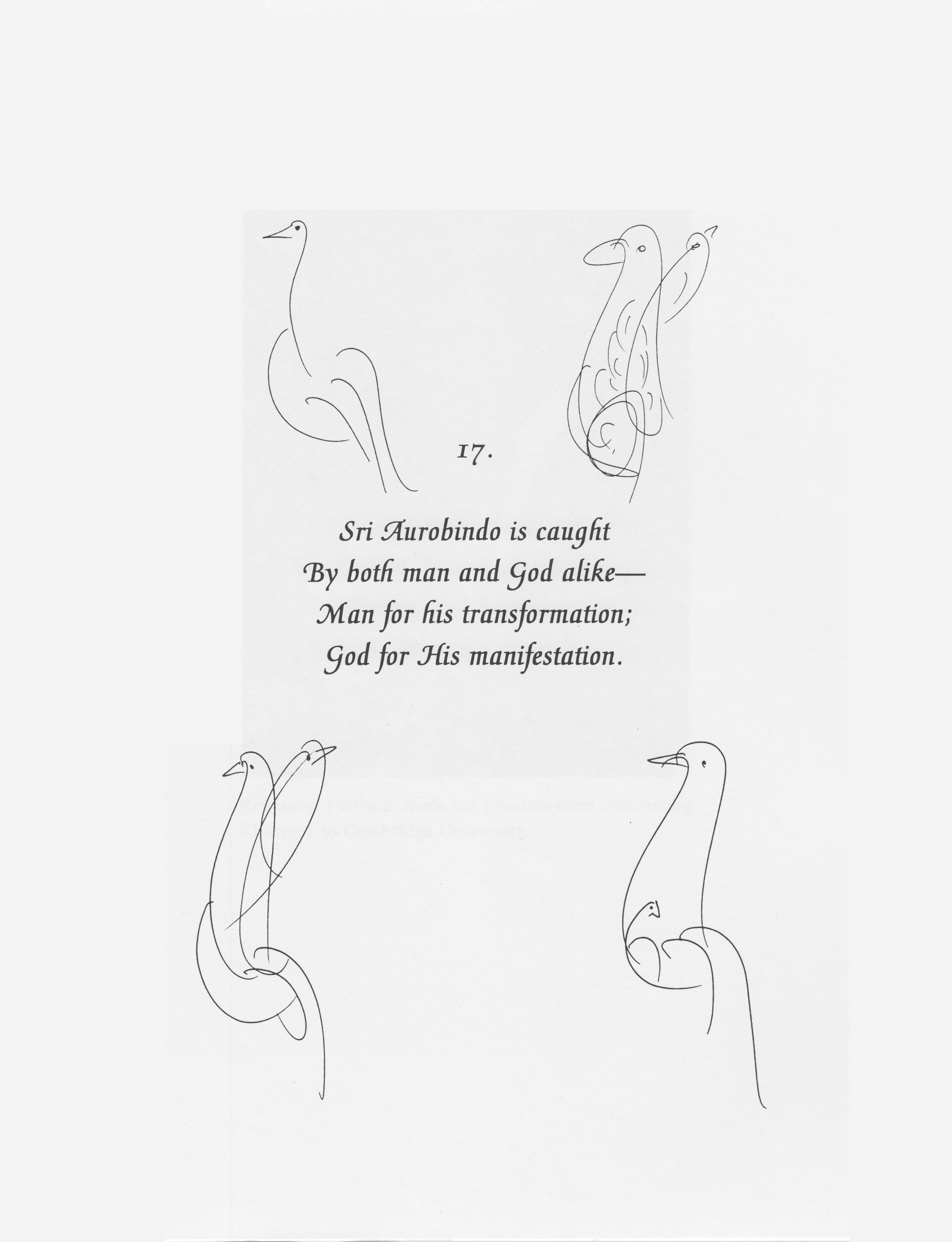 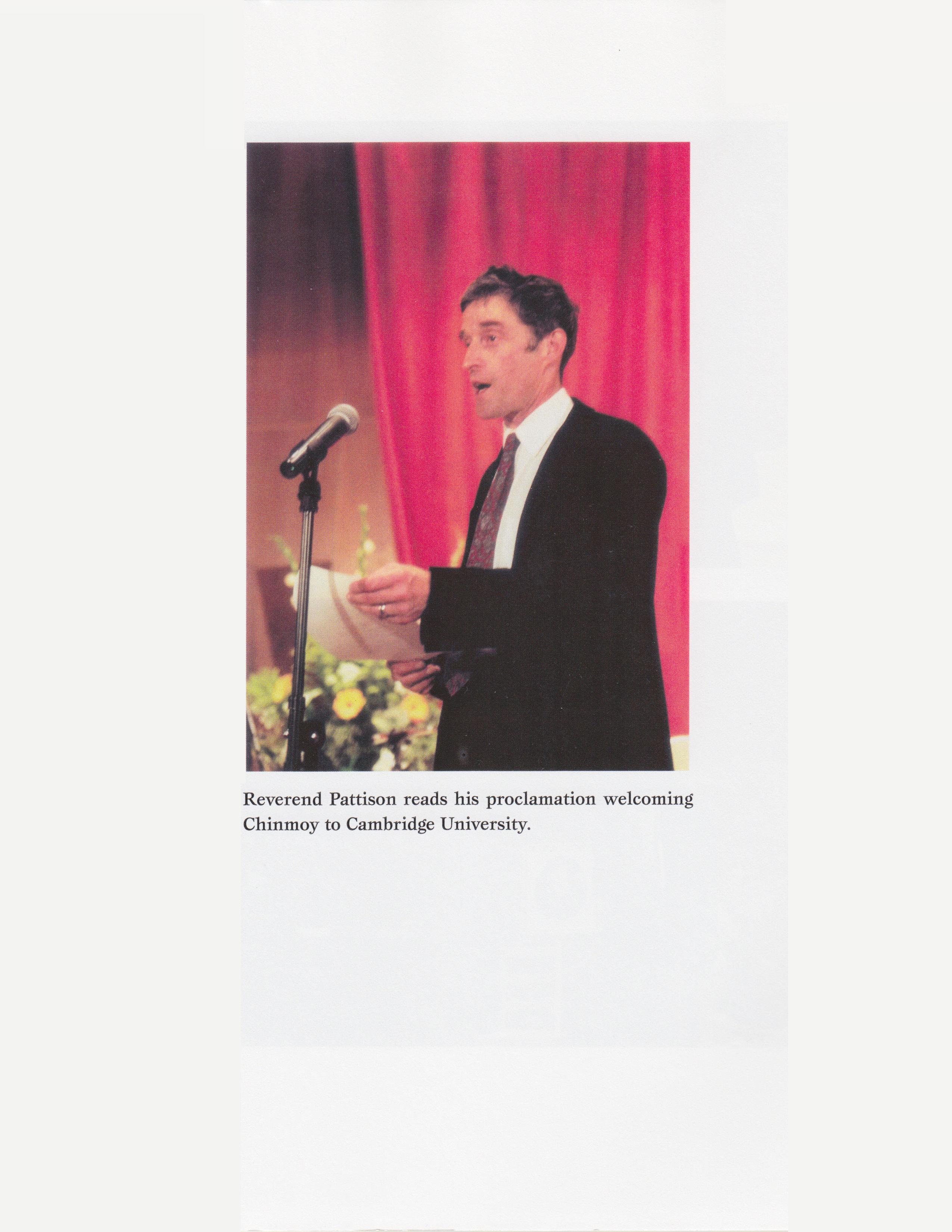 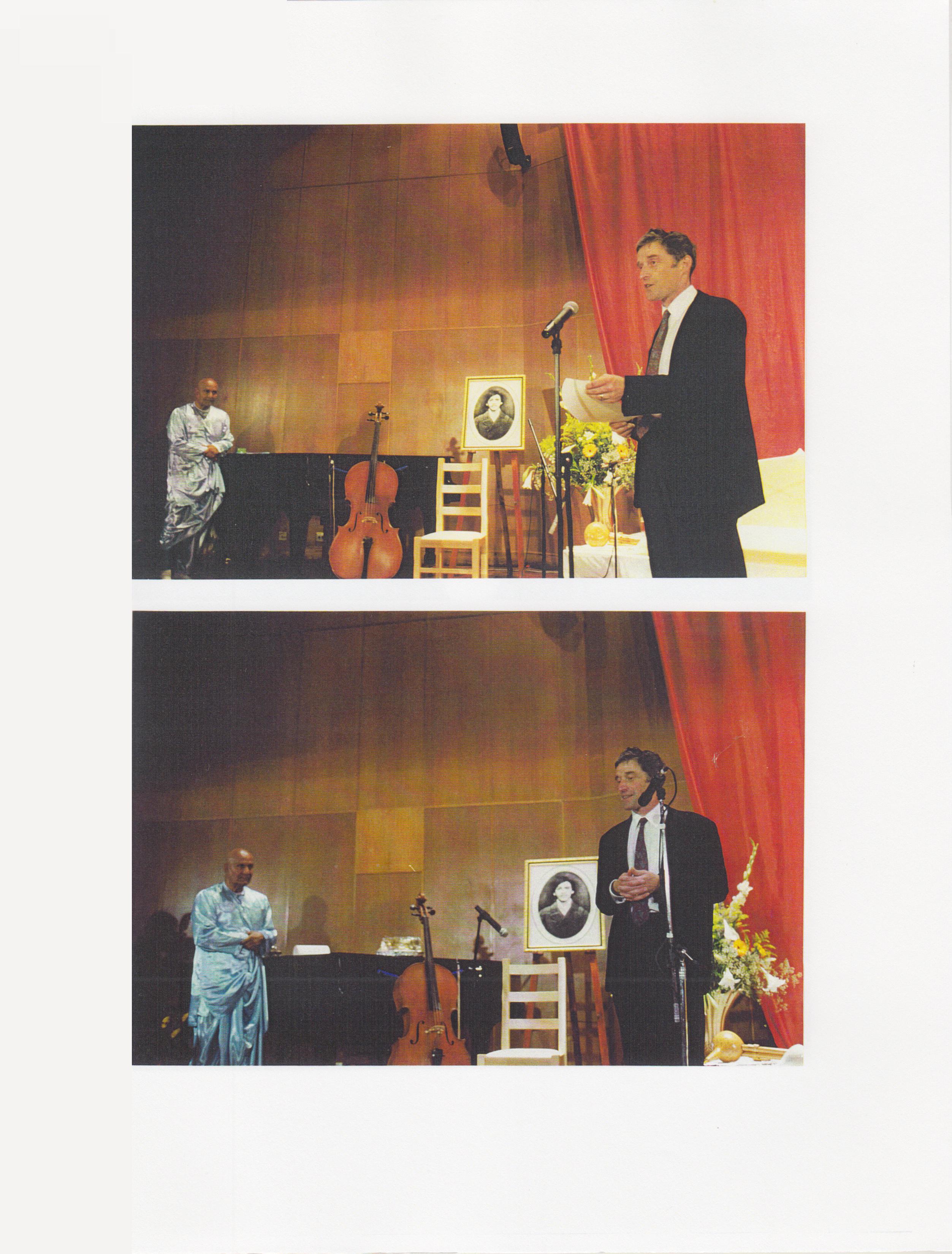 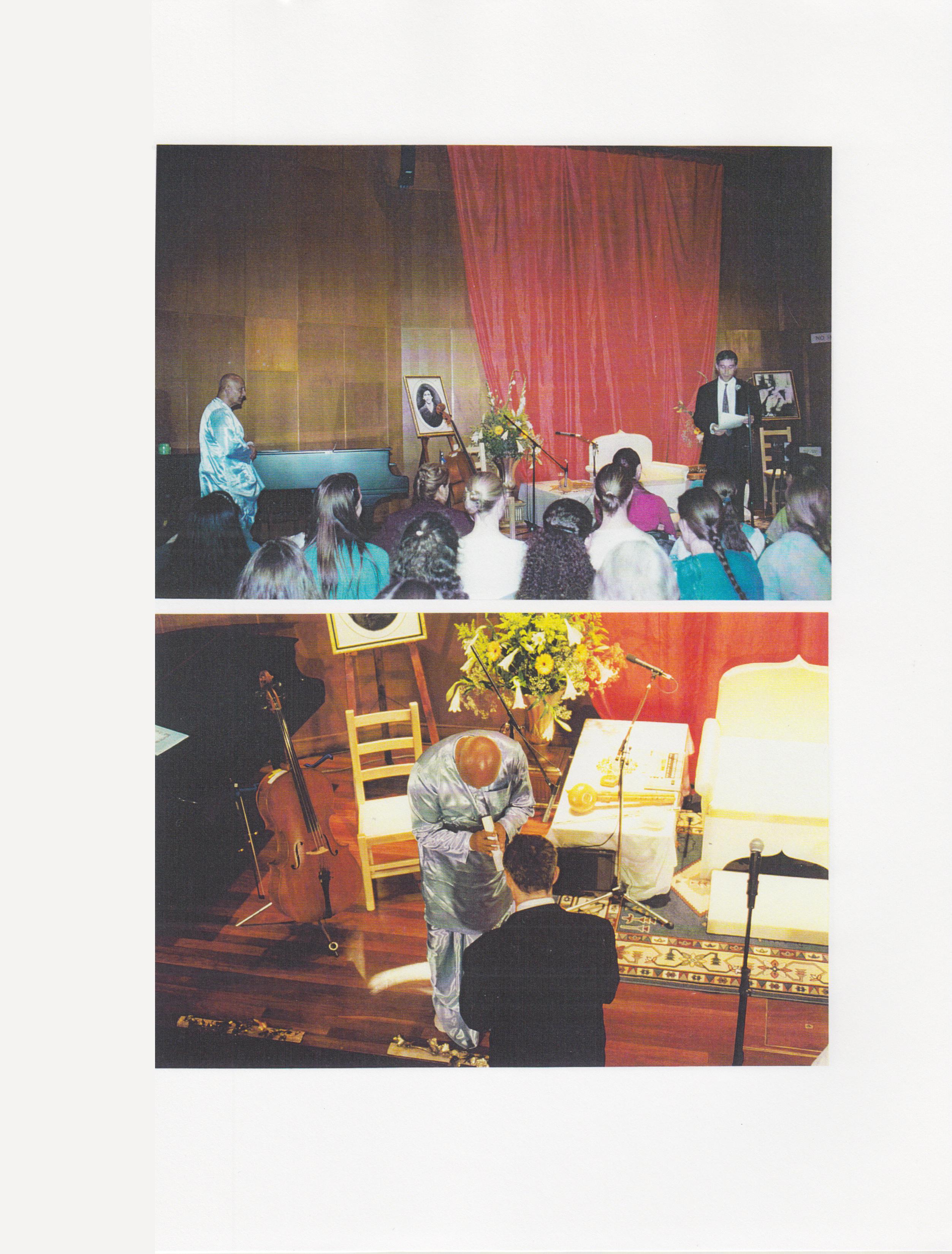 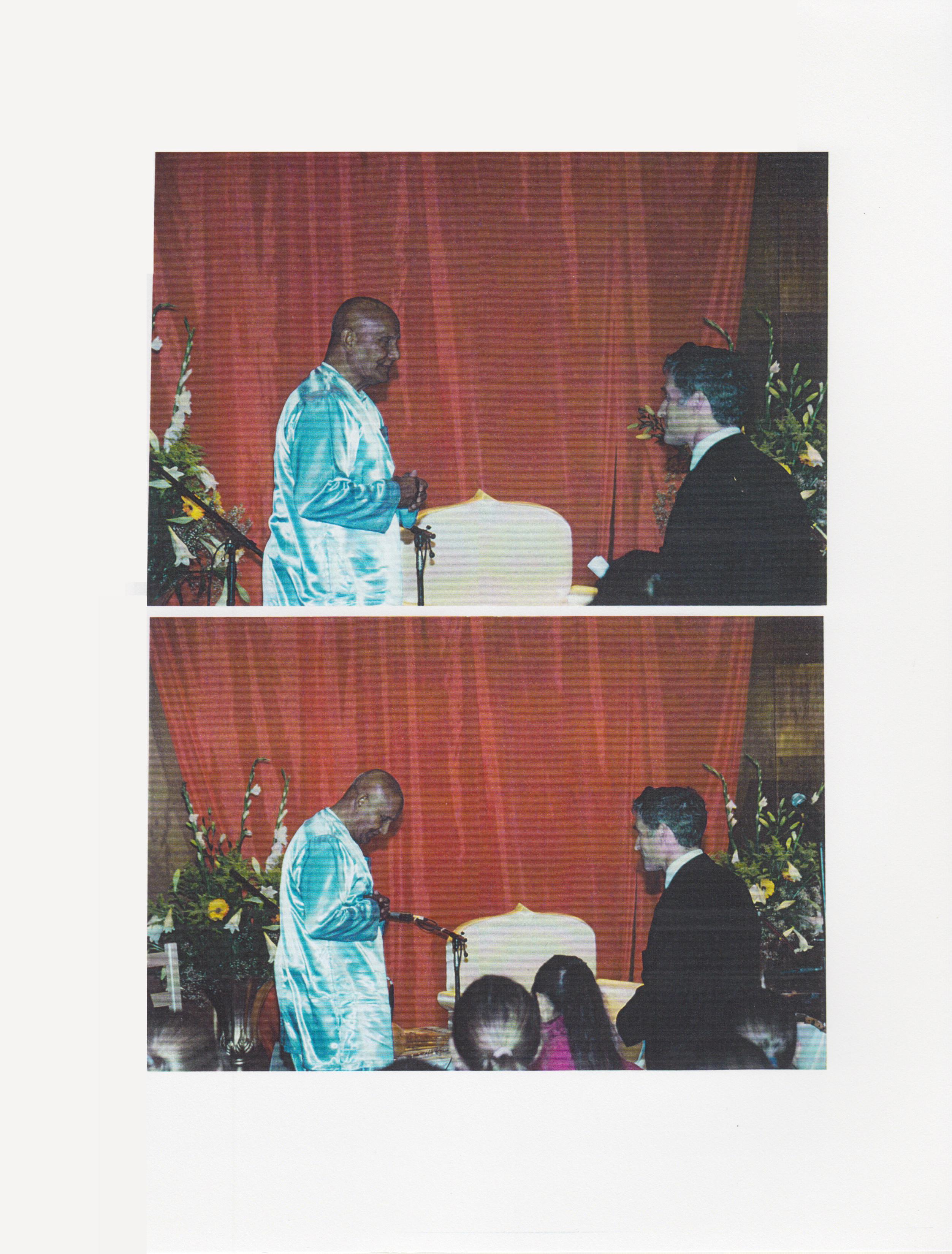 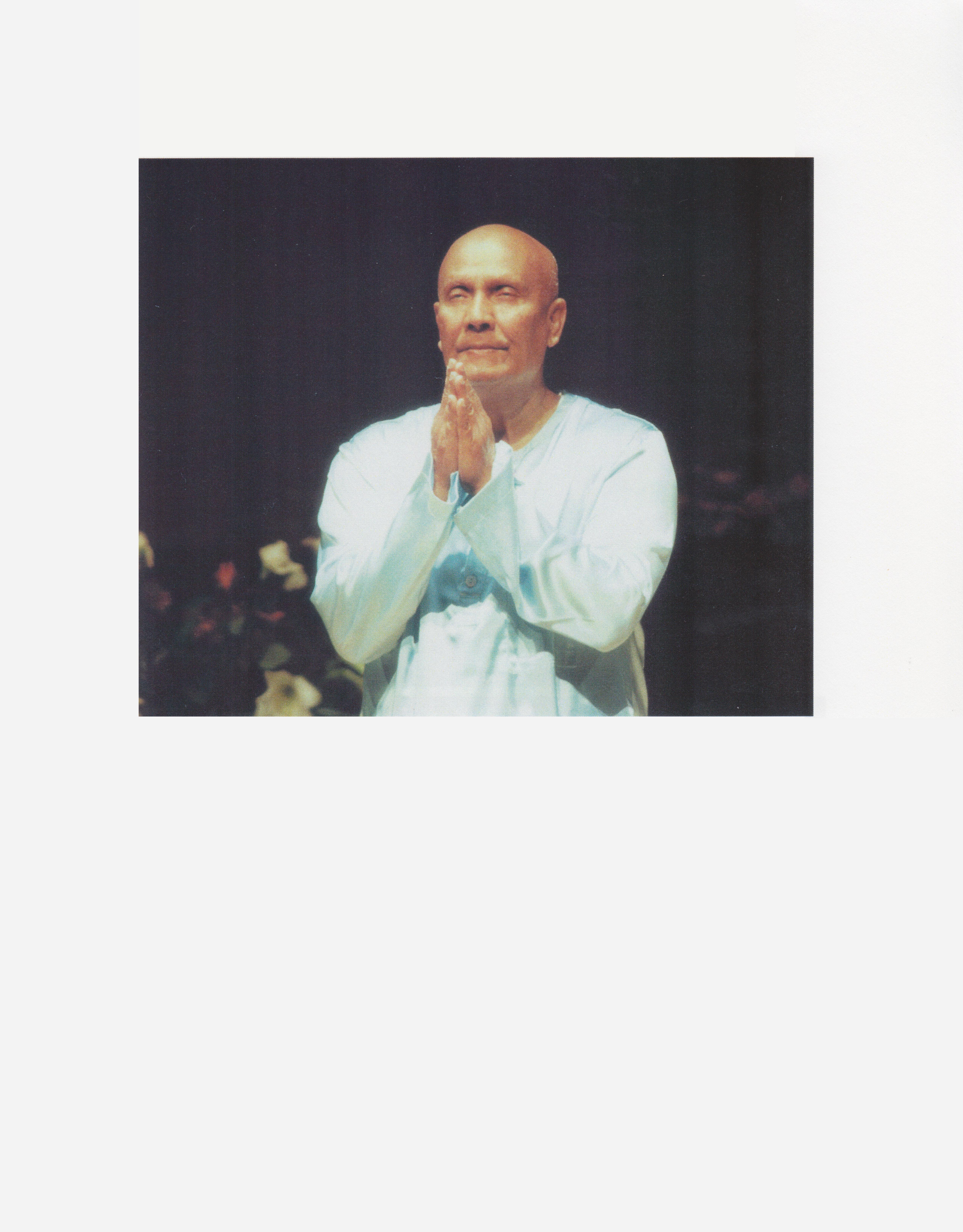 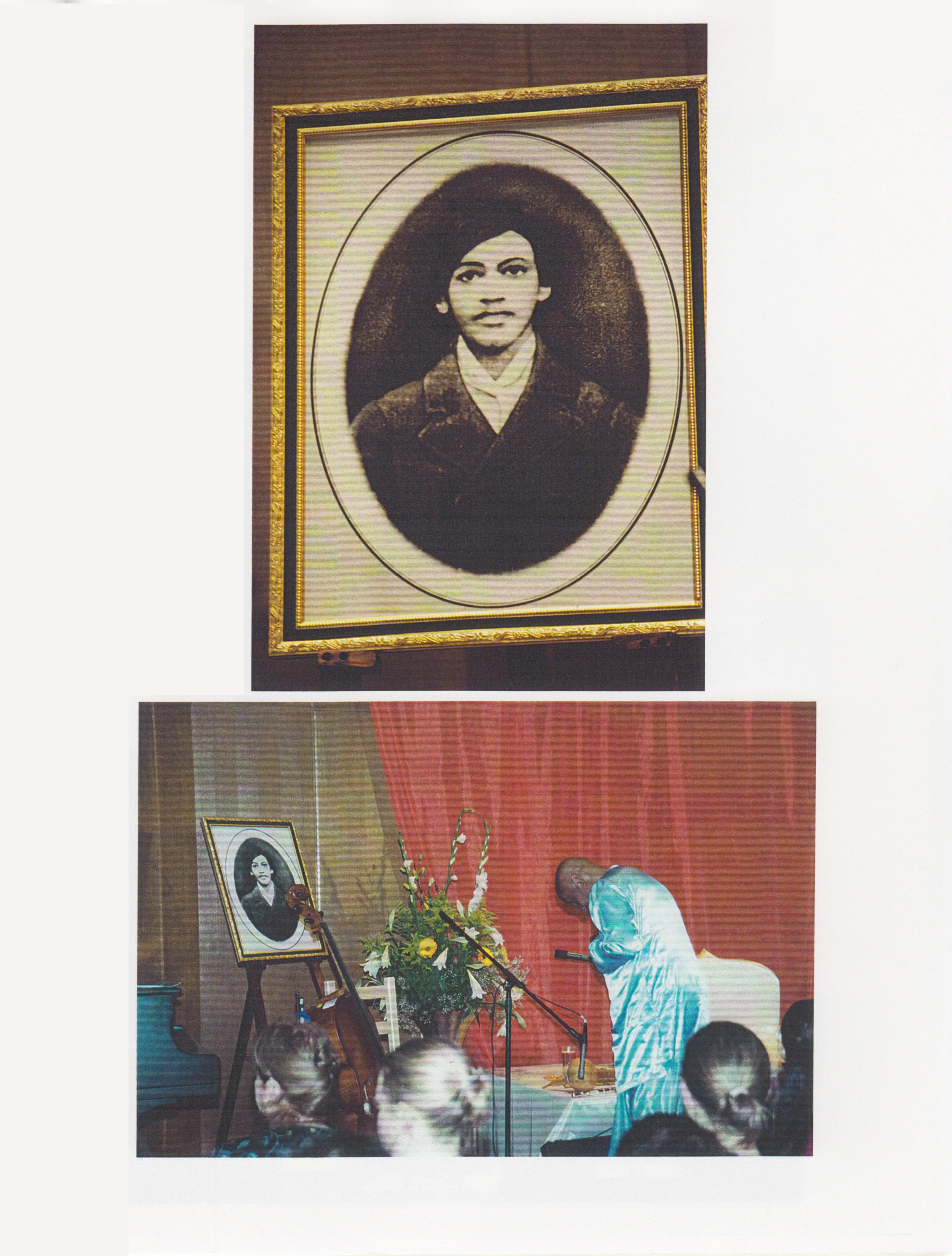 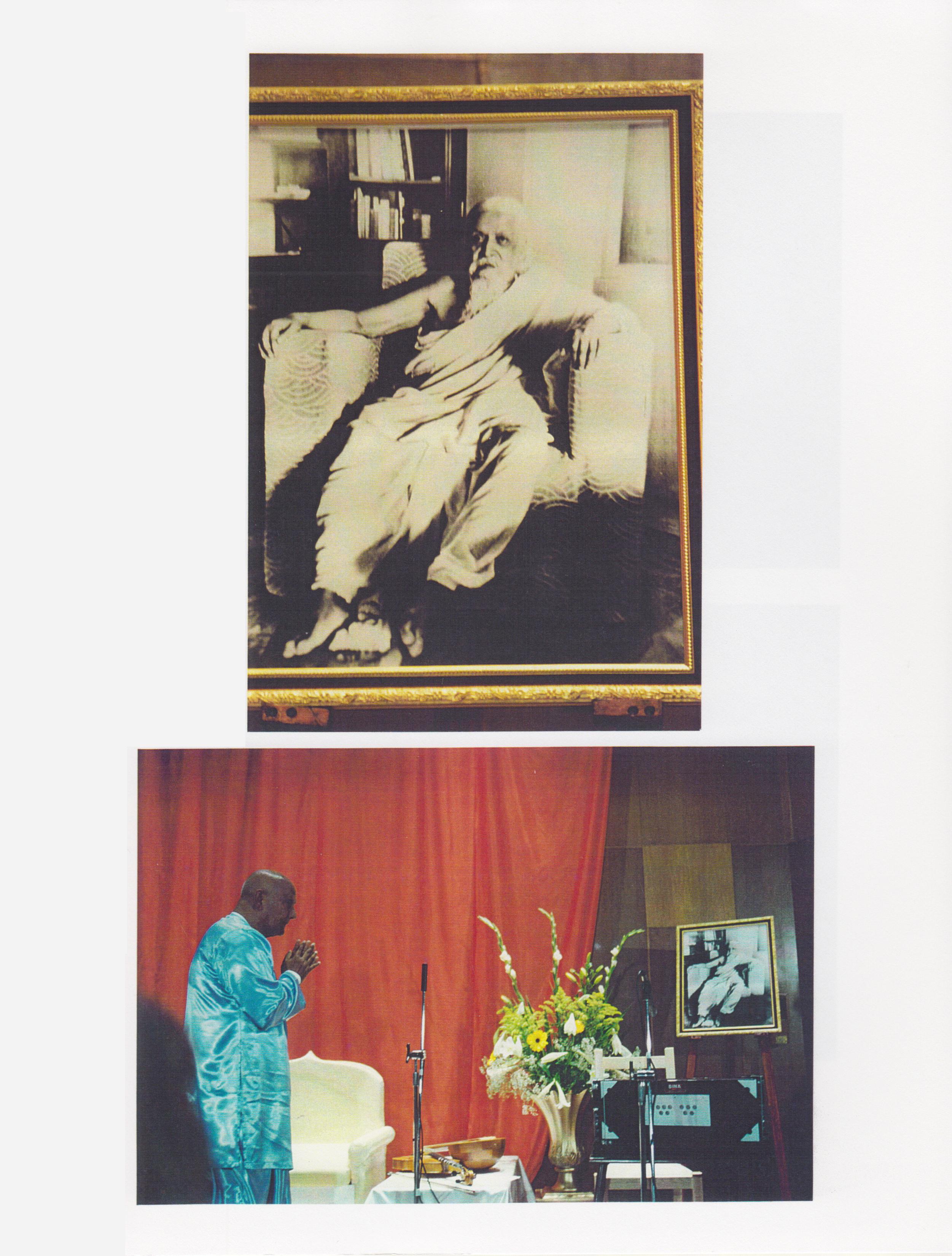 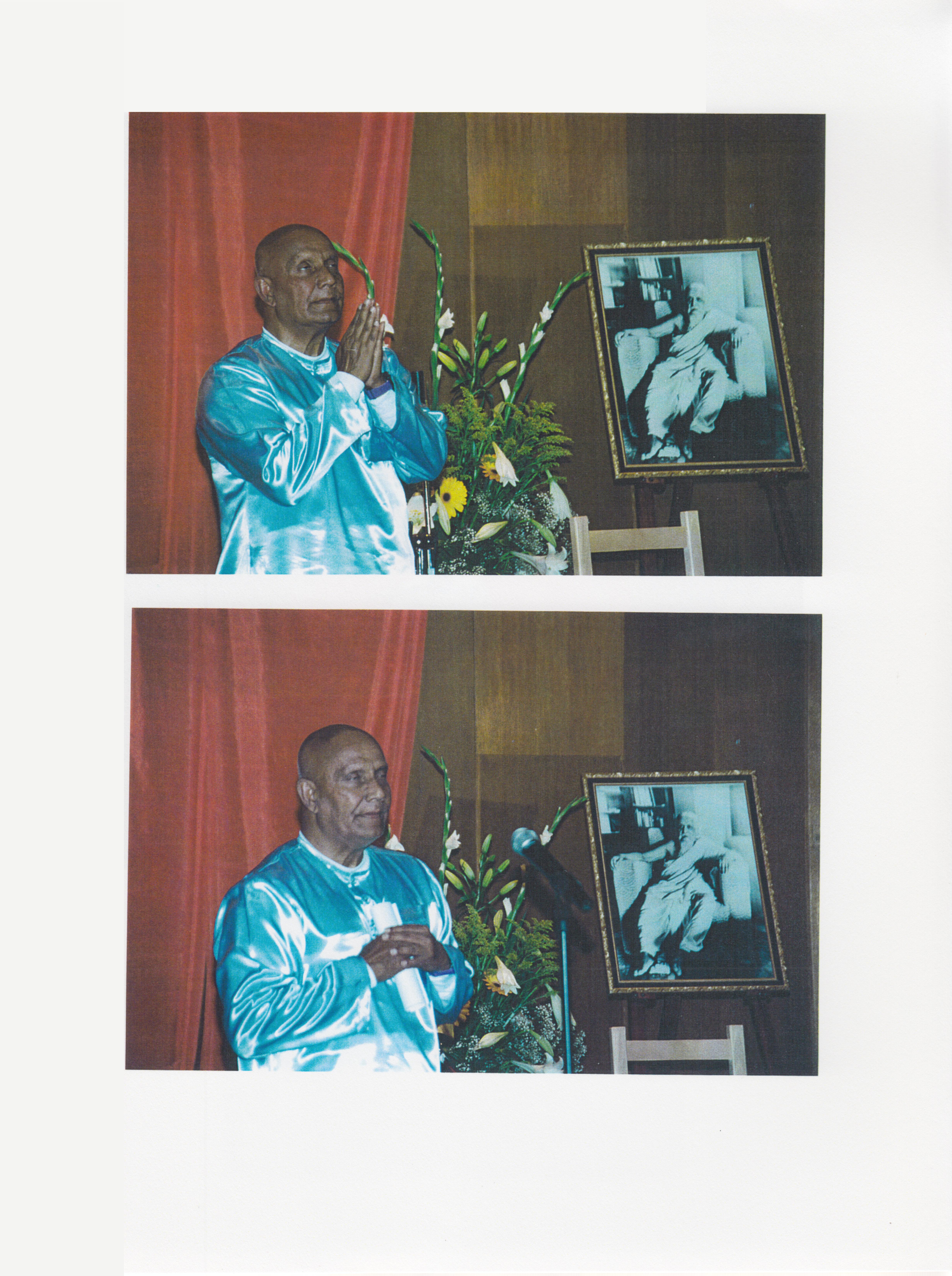 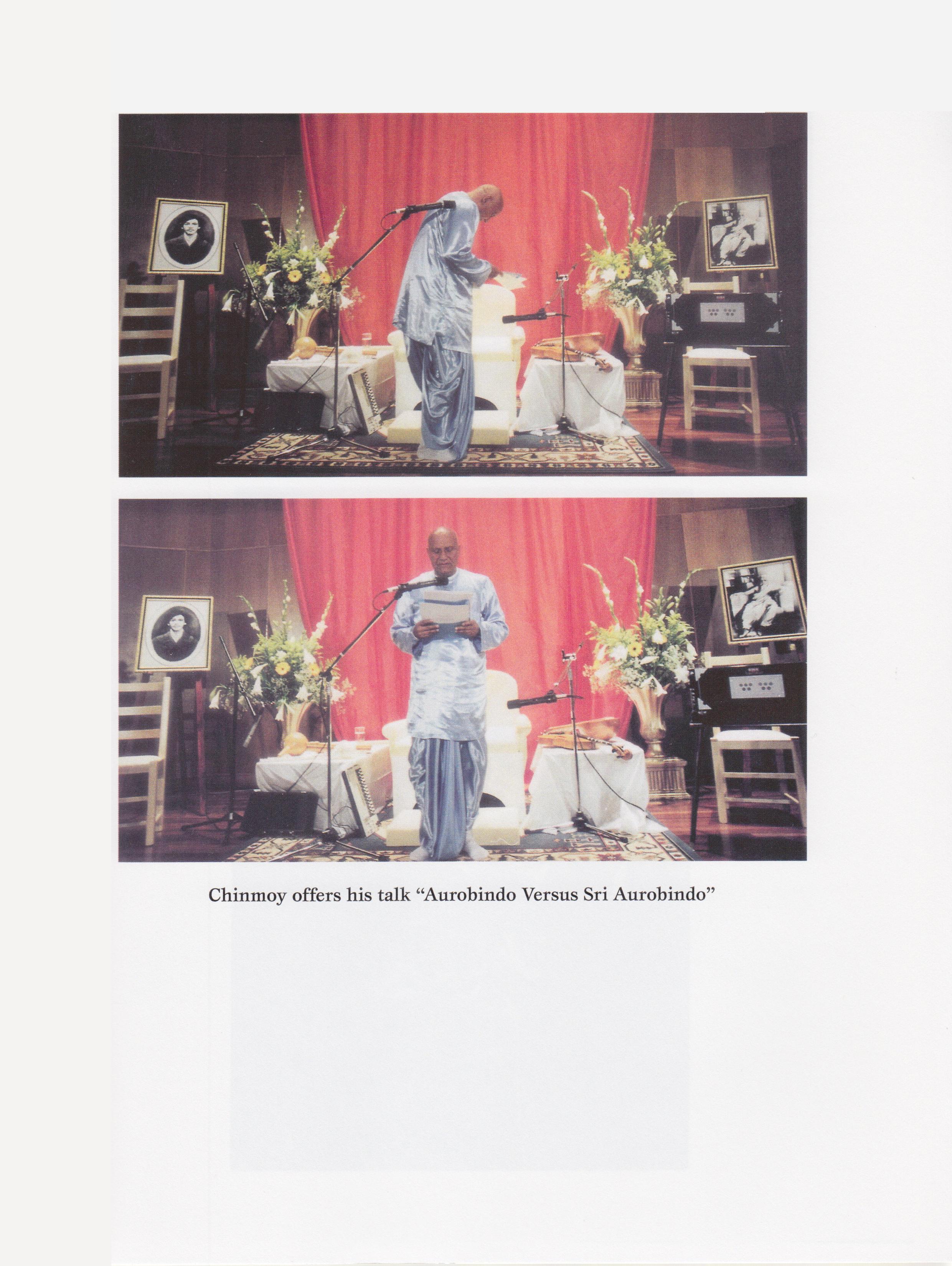 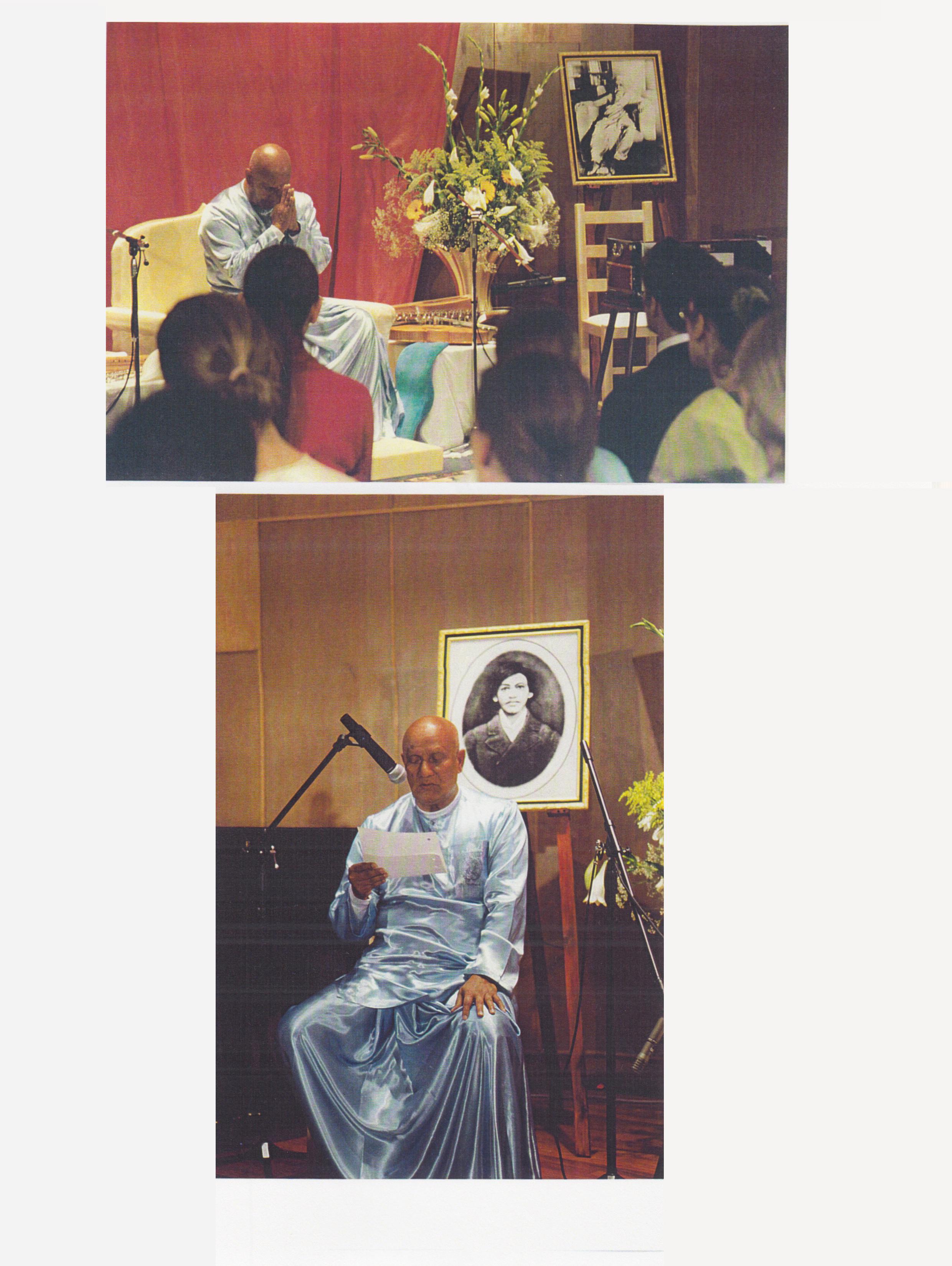 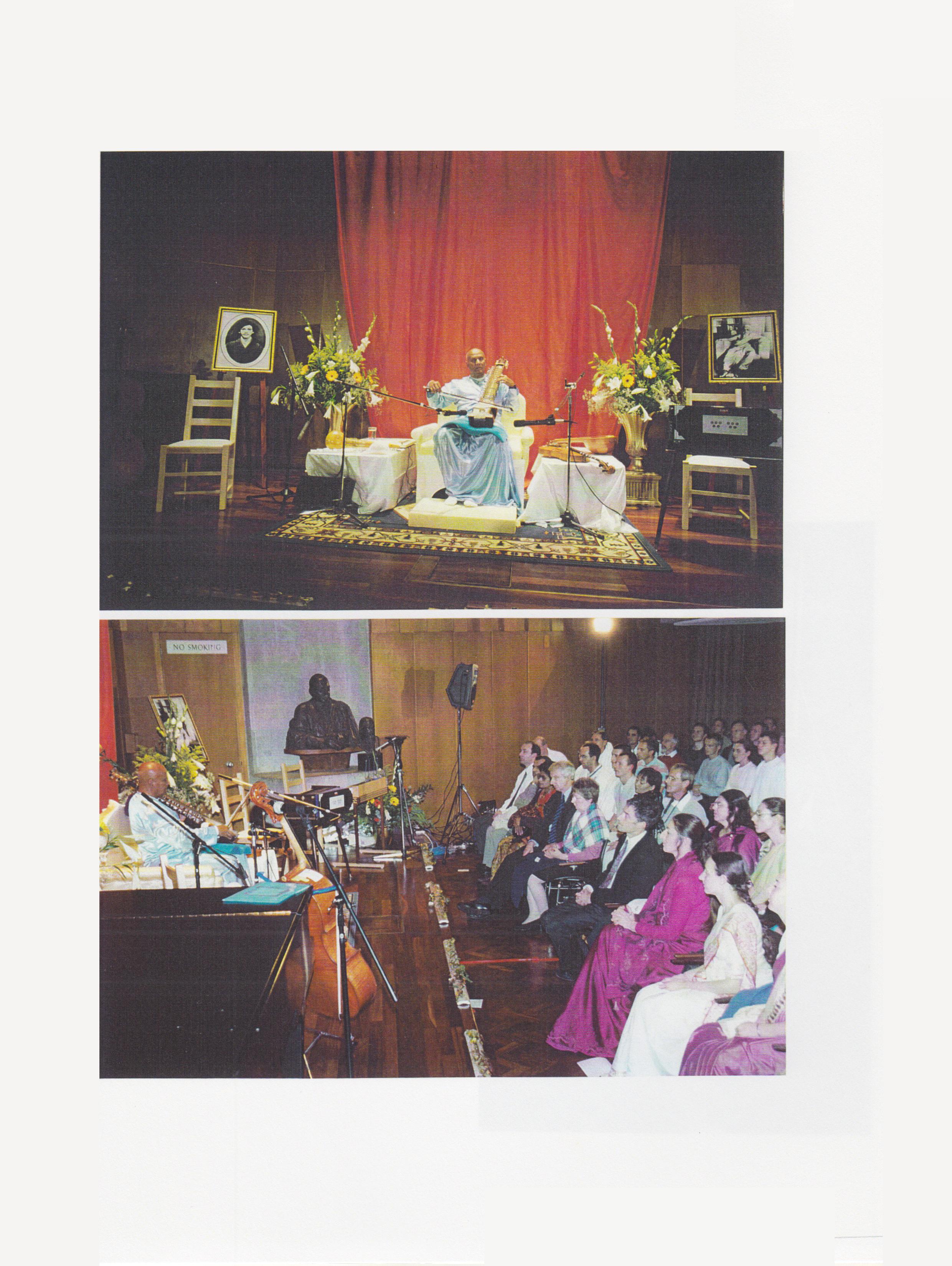 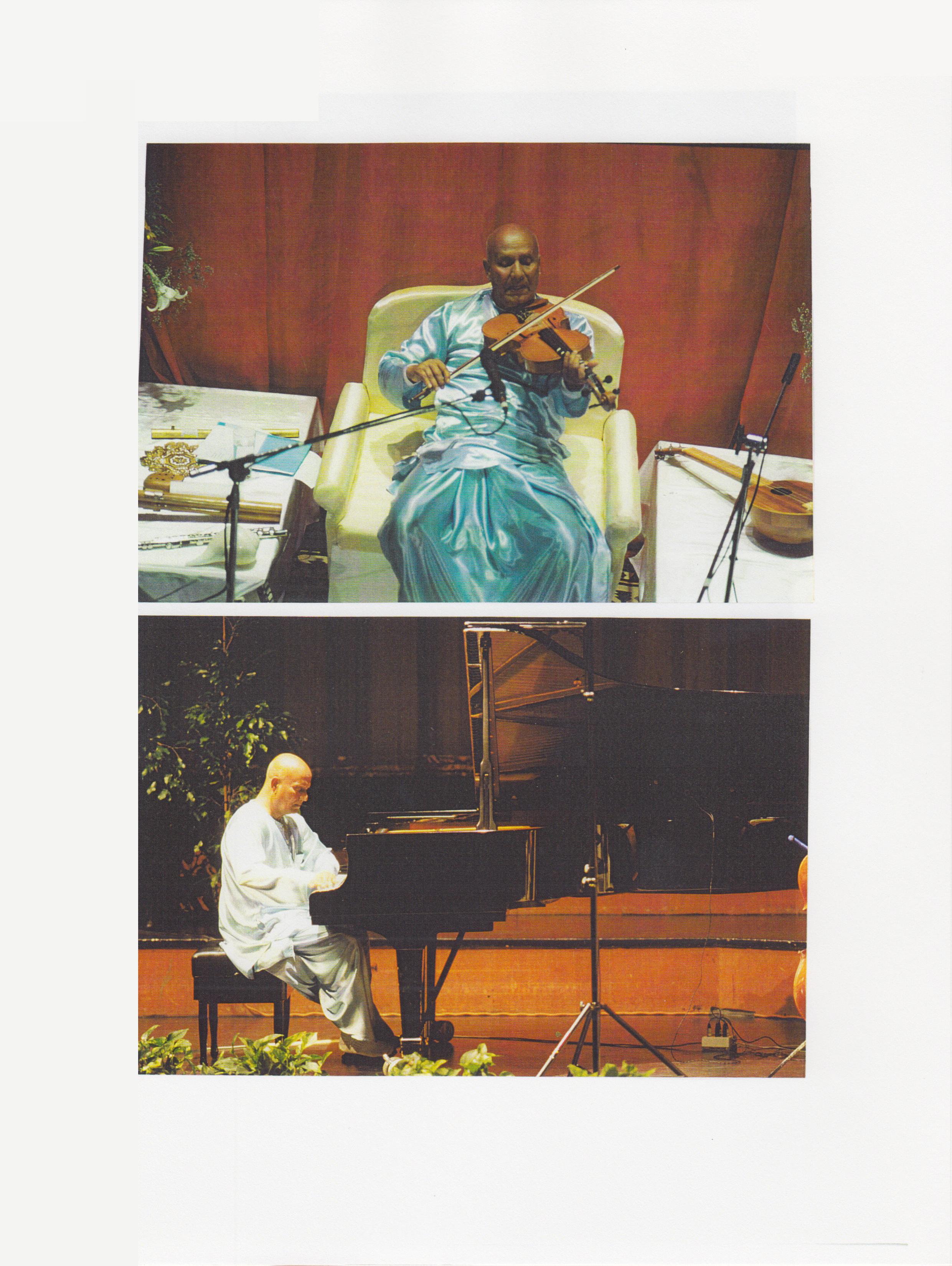 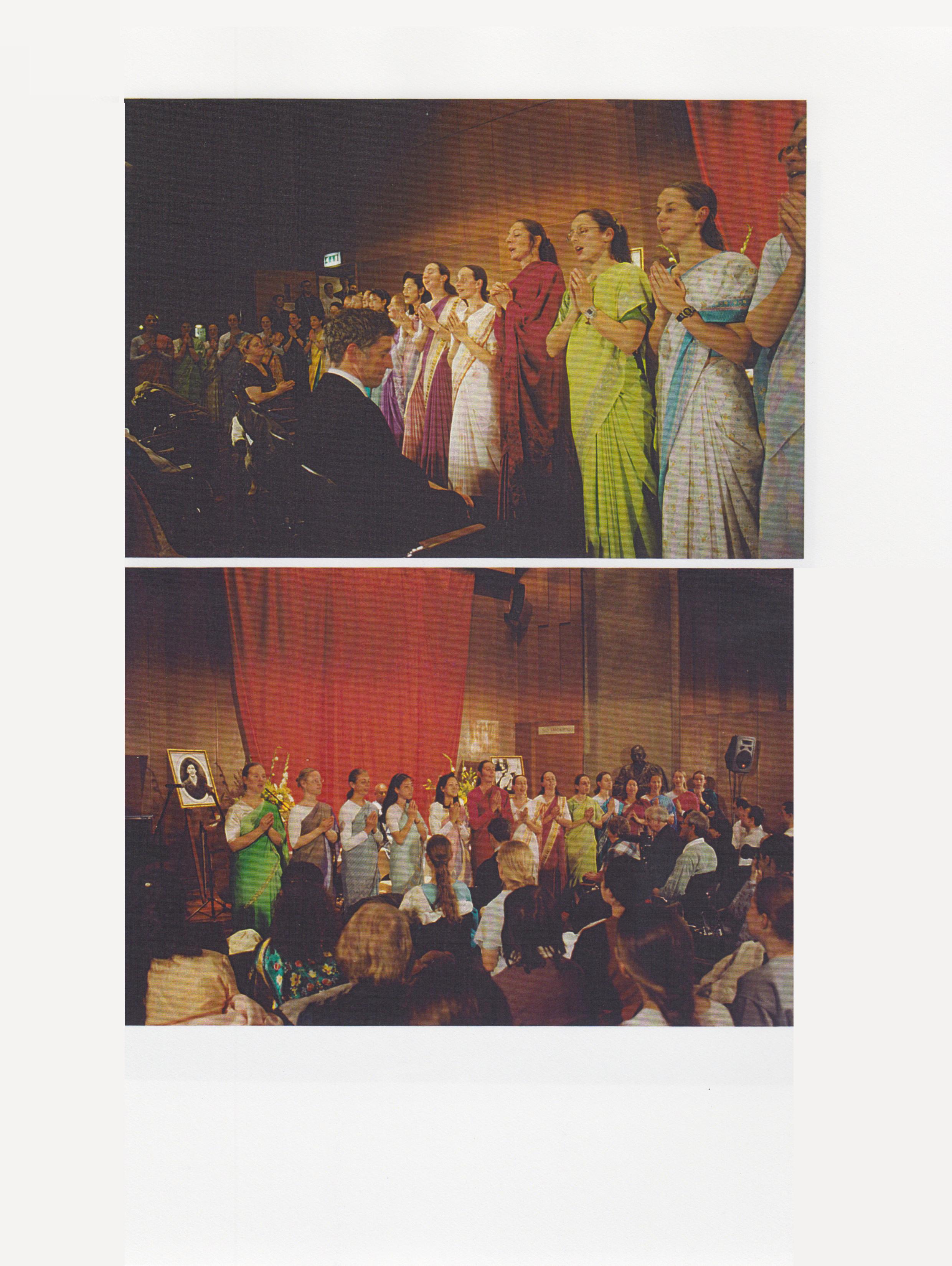 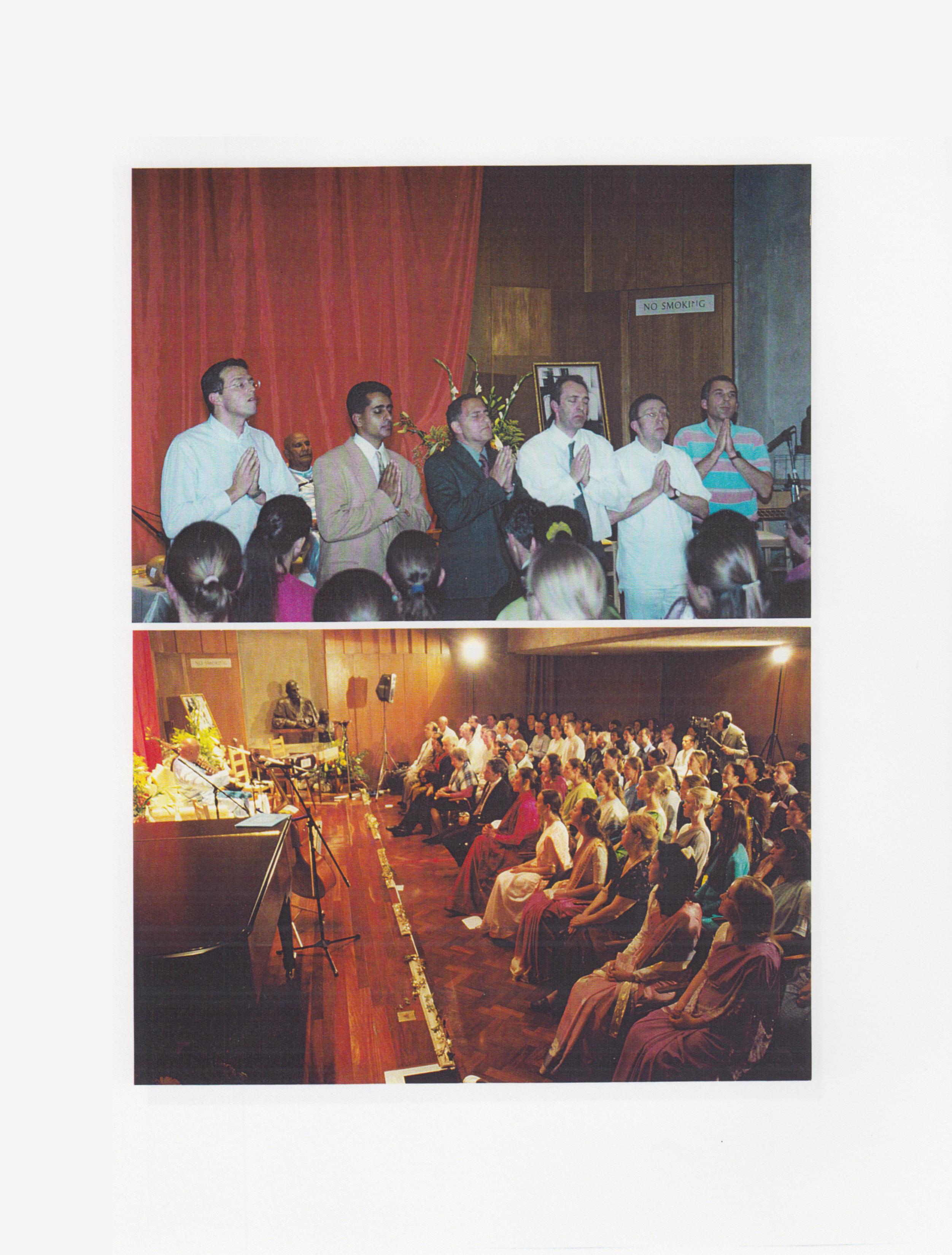 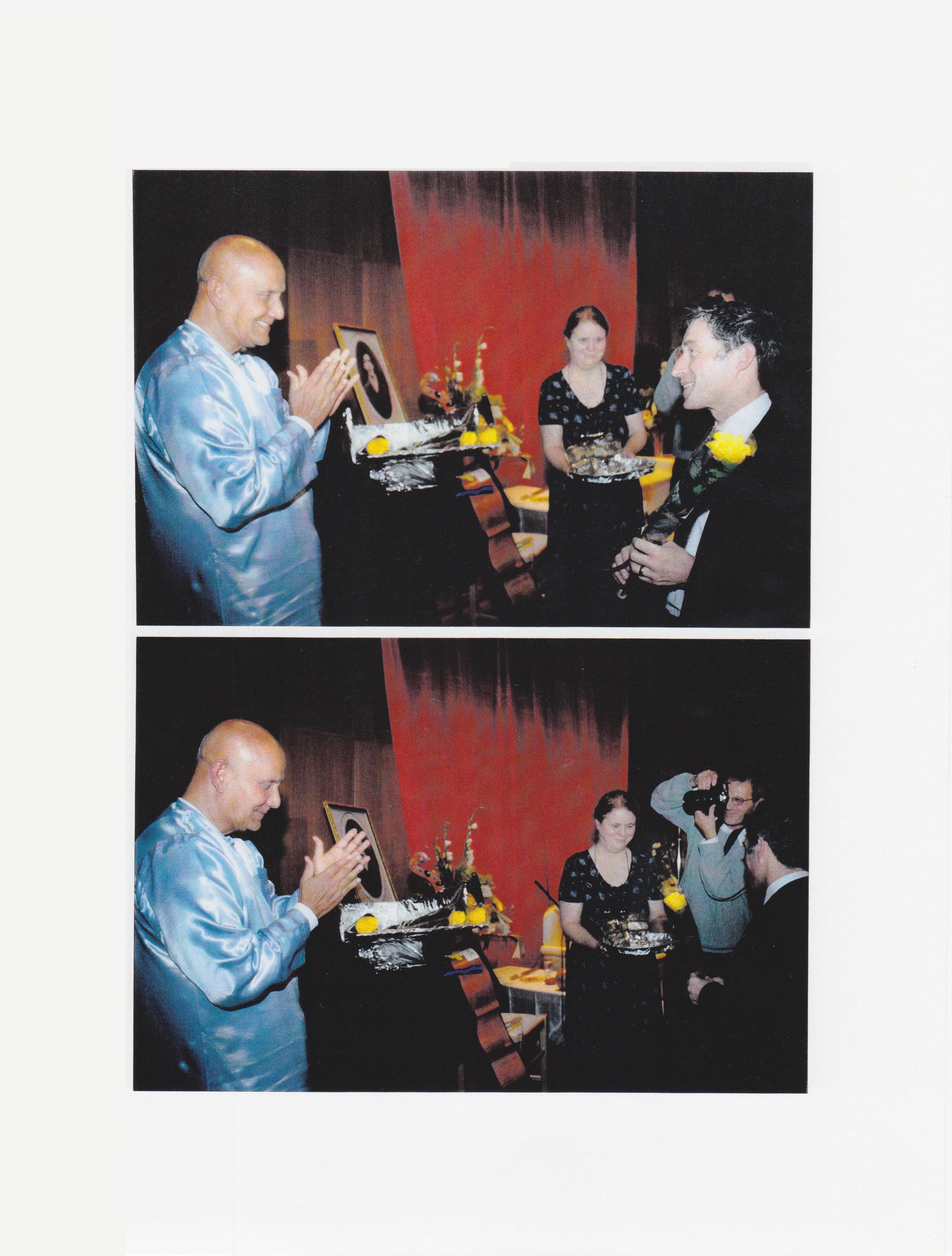 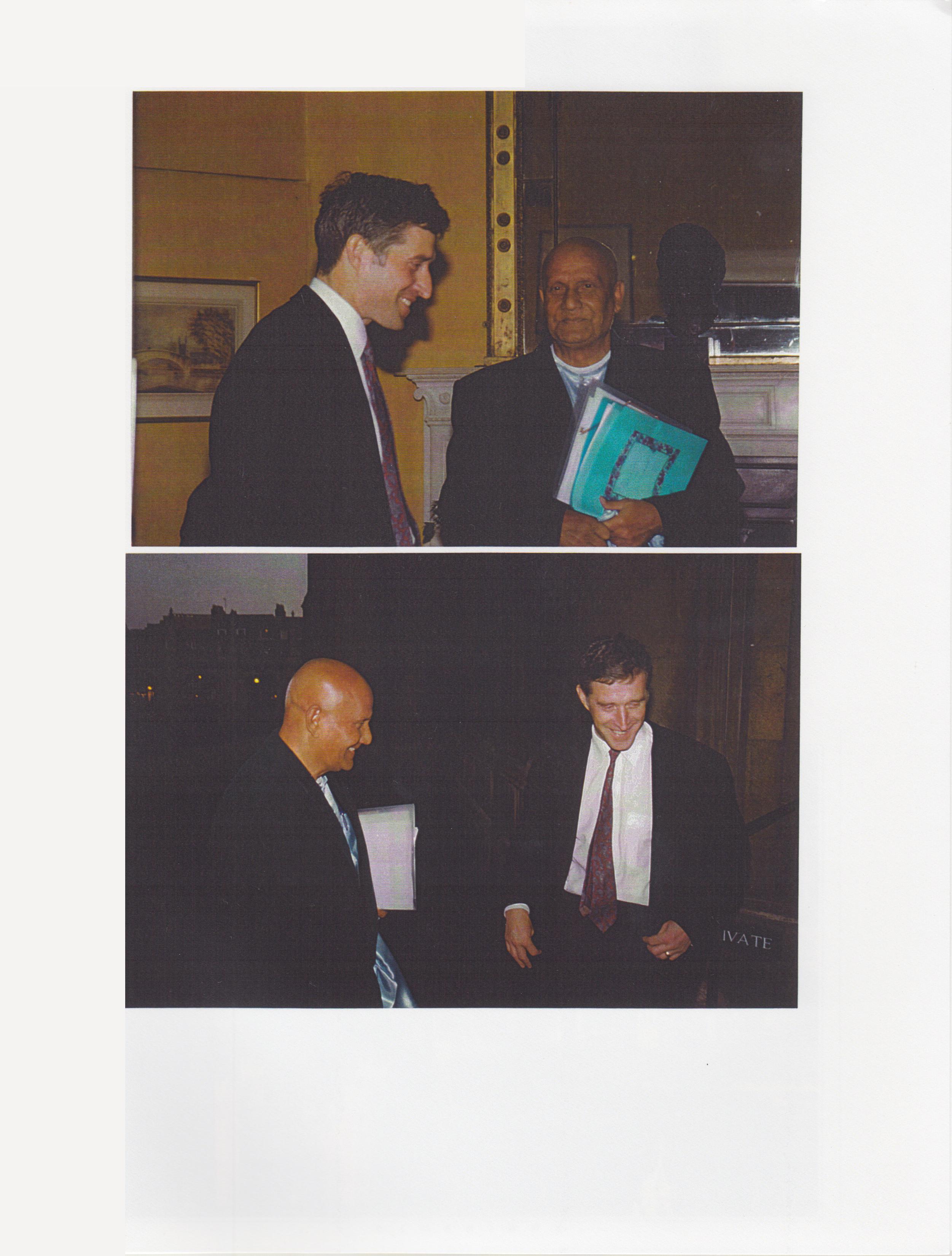 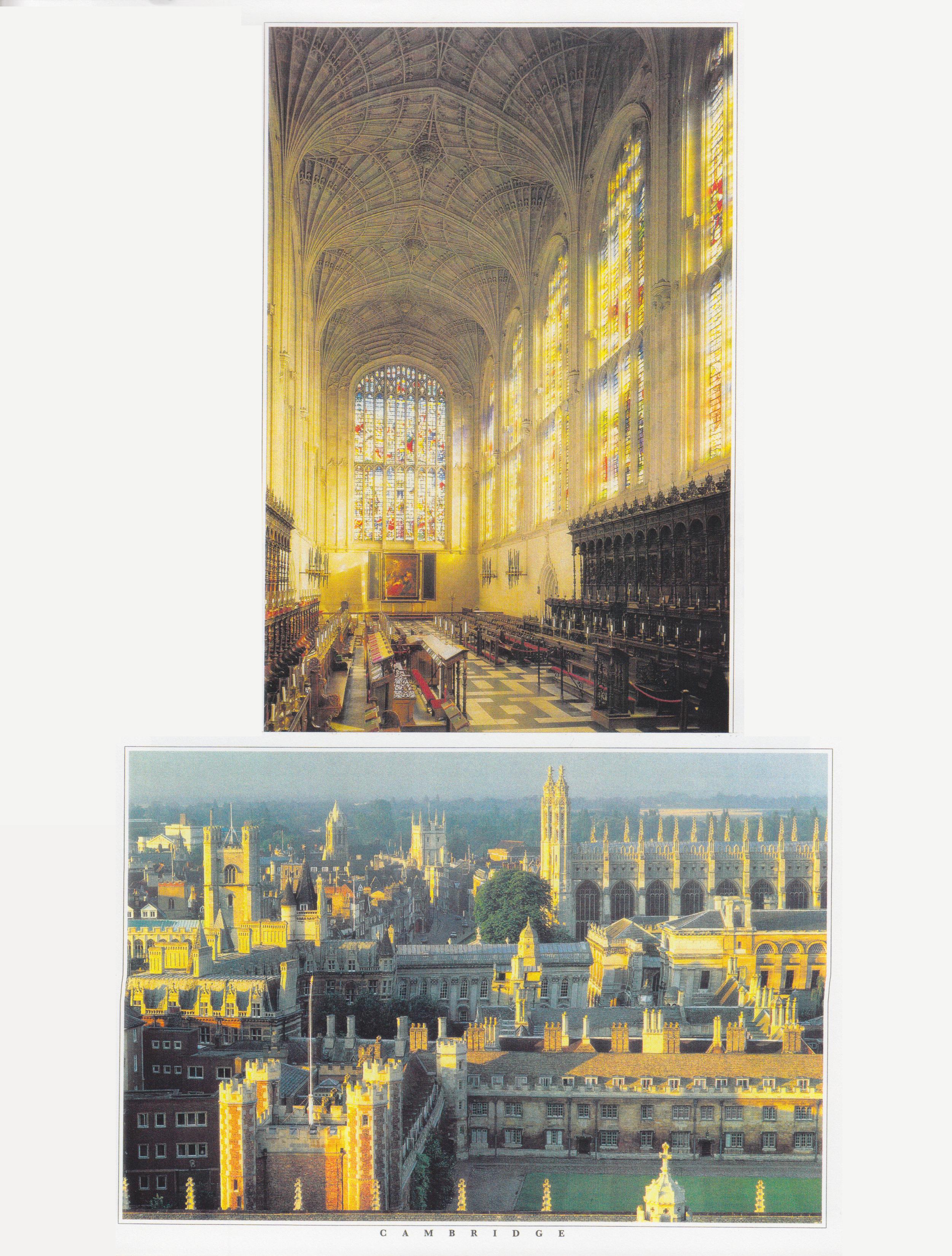 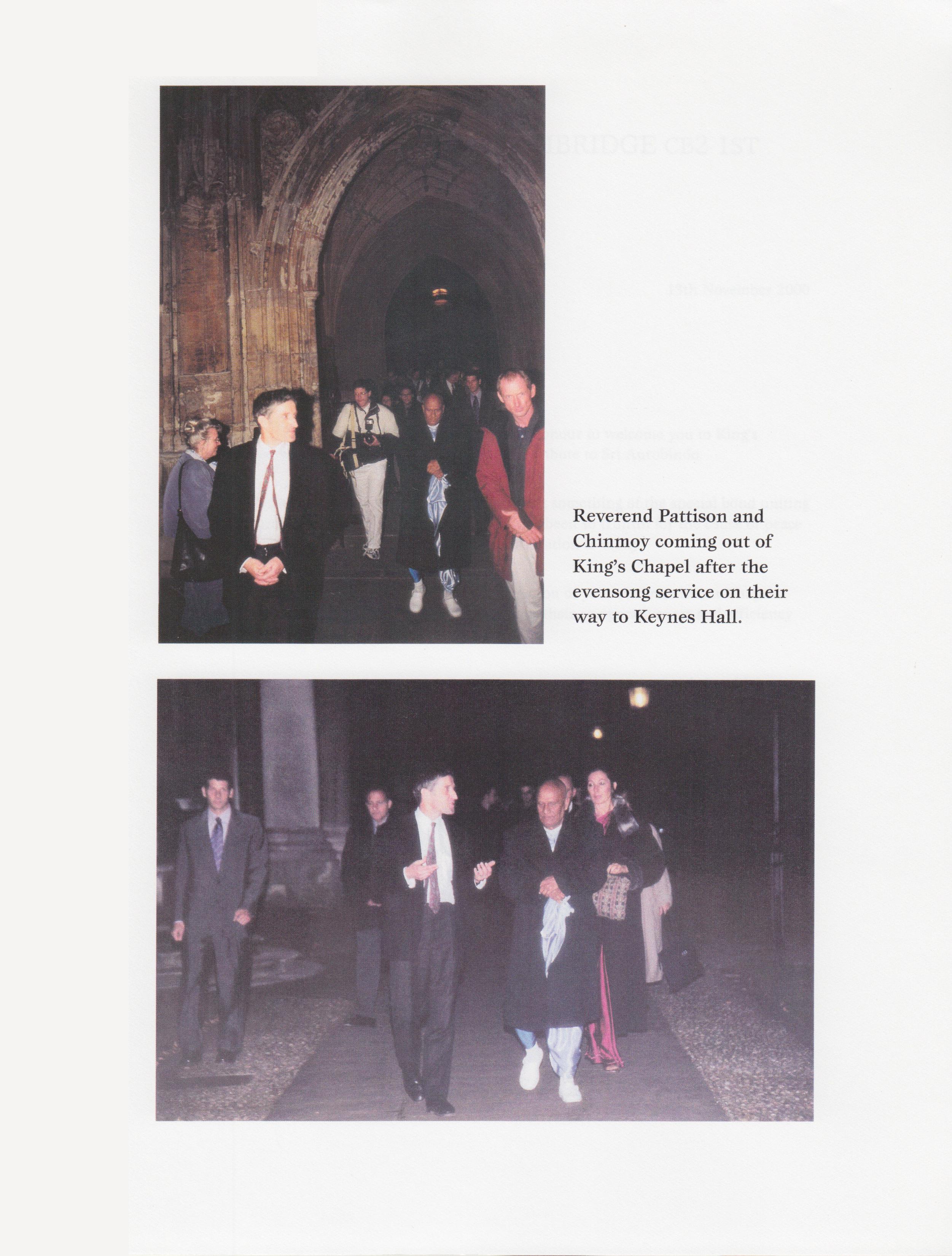 Reverend Pattison and Chinmoy coming out of King's Chapel after the evensong service on their way to Keynes Hall.

This book can be cited using cite-key asa