As soon as the Pope came near me, I stood up and one of the Cardinals said, “This is Sri Chinmoy from the United Nations.”

Then he asked me, “Are you an Indian?”

Then he said, “India, India, India!” with such joy and enthusiasm in his face. He was absolutely beaming with joy.

He very powerfully grasped my elbow with such affection, and looked at me as if I were an old forgotten friend or grandson. He was holding me firm and talking to me. Then he started patting my shoulder, seven or eight times.

Then he said to me, “Special greetings to your members. Special blessings to you. We shall continue together.” 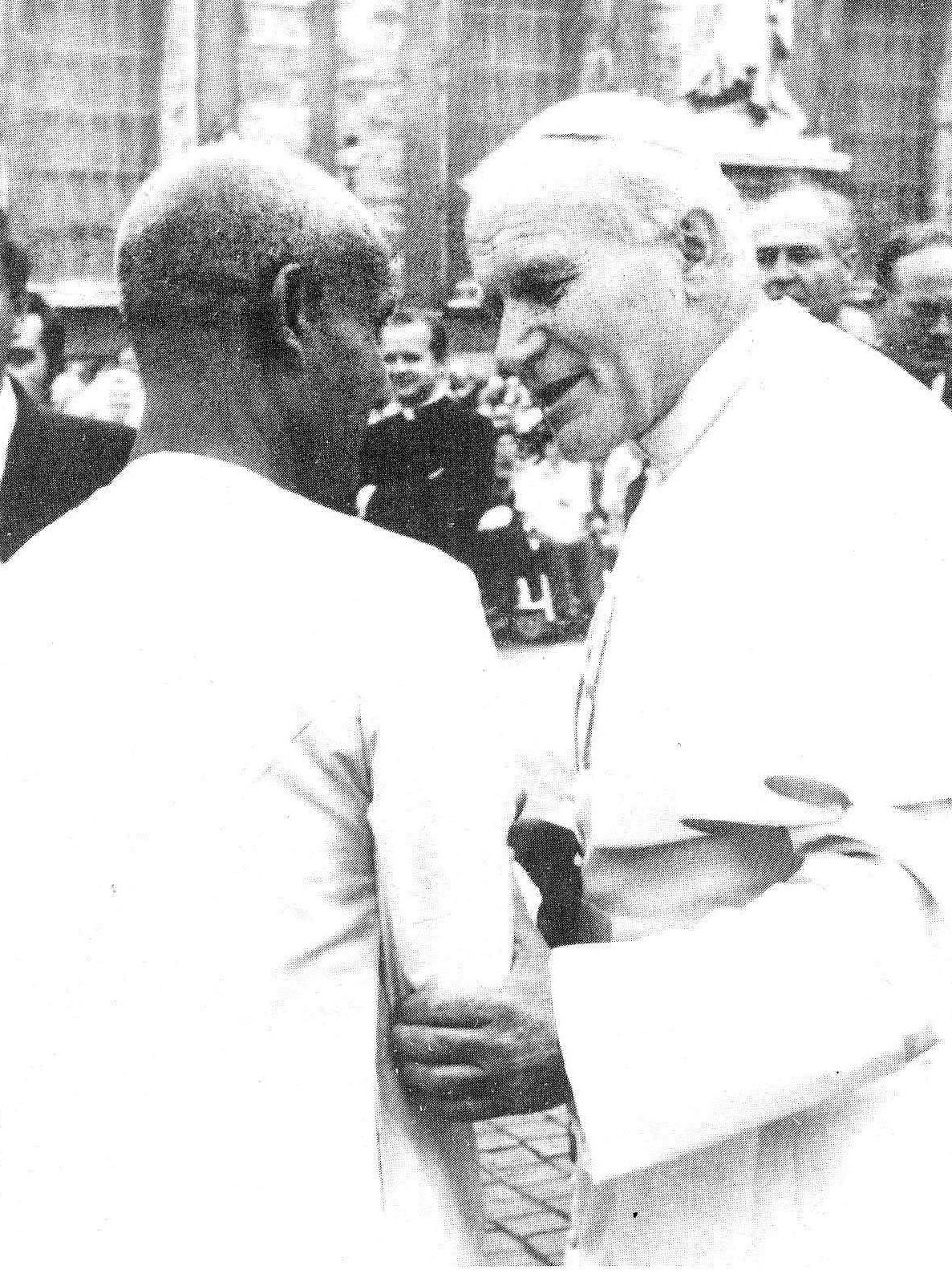 … We shall continue together.

The words we exchanged were few, but he spent time looking at the plaque and appreciating it. I also showed him the picture of me with the previous Pope that was in the U.N. booklet, “Our First Ten Years.” He looked at the picture and also at the pamphlet with the song about him.

I must say, this Pope has tremendous warmth, and he is very sincere in expressing affection. He is very sociable, very affectionate, very compassionate. He has sincere compassion and affection. He was beaming with joy and showed me tremendous affection, love and concern when he offered me his benediction.

This Pope has compassion on the human level, the physical level, which others can immediately see and feel. The previous one, Pope Paul VI, had compassion in a luminous, ethereal way. The previous day, the soul of the previous Pope came to me four or five times with real aspiration. His psychic presence I saw and felt most powerfully.