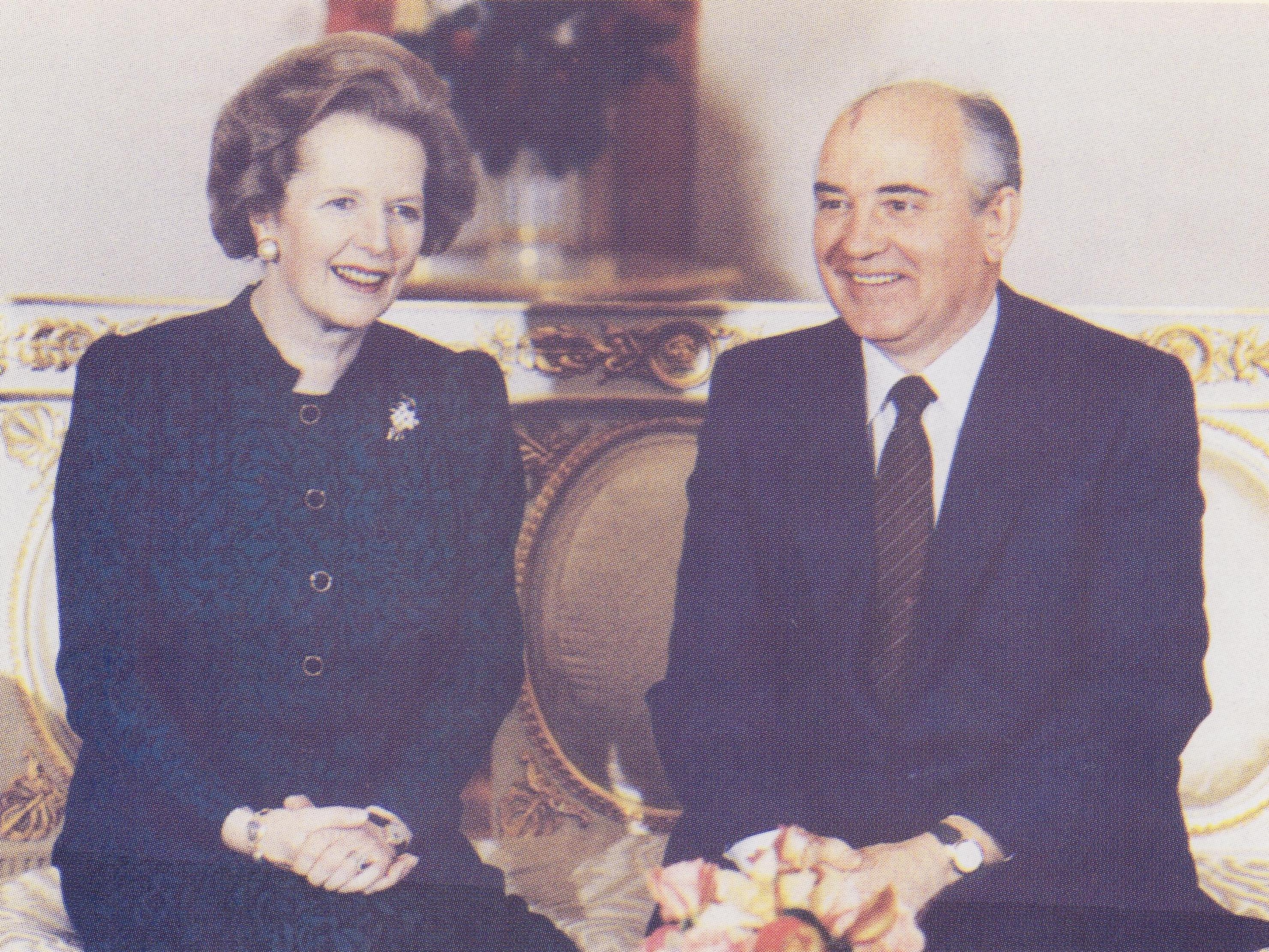 Prime Minister Thatcher of Great Britain describes President Gorbachev as the first Soviet leader to speak openly and freely about almost any subject. In a gesture of confidence rarely seen in the political world, she says, "If he told me he was going to do something, I would implicitly accept his word."

When Prime Minister Thatcher returned to Great Britain from her trip to Russia in the Spring of 1987, she stated, "This has been the most fascinating and invigorating visit I have ever made abroad as Prime Minister." She called President Gorbachev "a man of destiny."

Sri Chinmoy, Gorbachev: the Master-Key of the Universal Heart, Agni Press, 1990
Translations of this page: Czech
This page can be cited using cite-key gmk 102