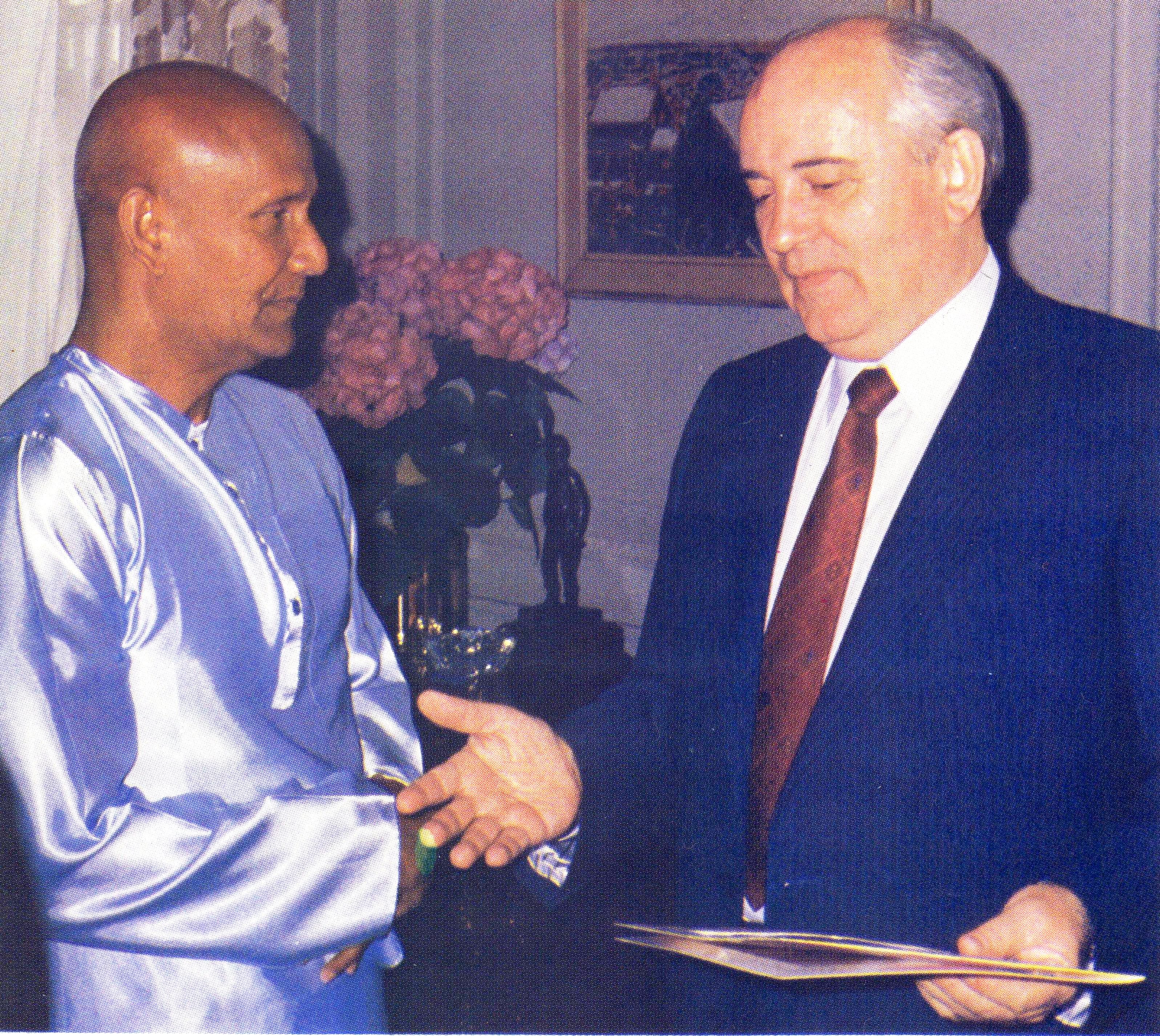 At his first meeting with the author, President Gorbachev warmly tells him, "I have heard so much about you and your work. We must work together for world peace." The meeting took place on 29 May 1990 at the Canadian Governor-General's Residence in Ottawa. 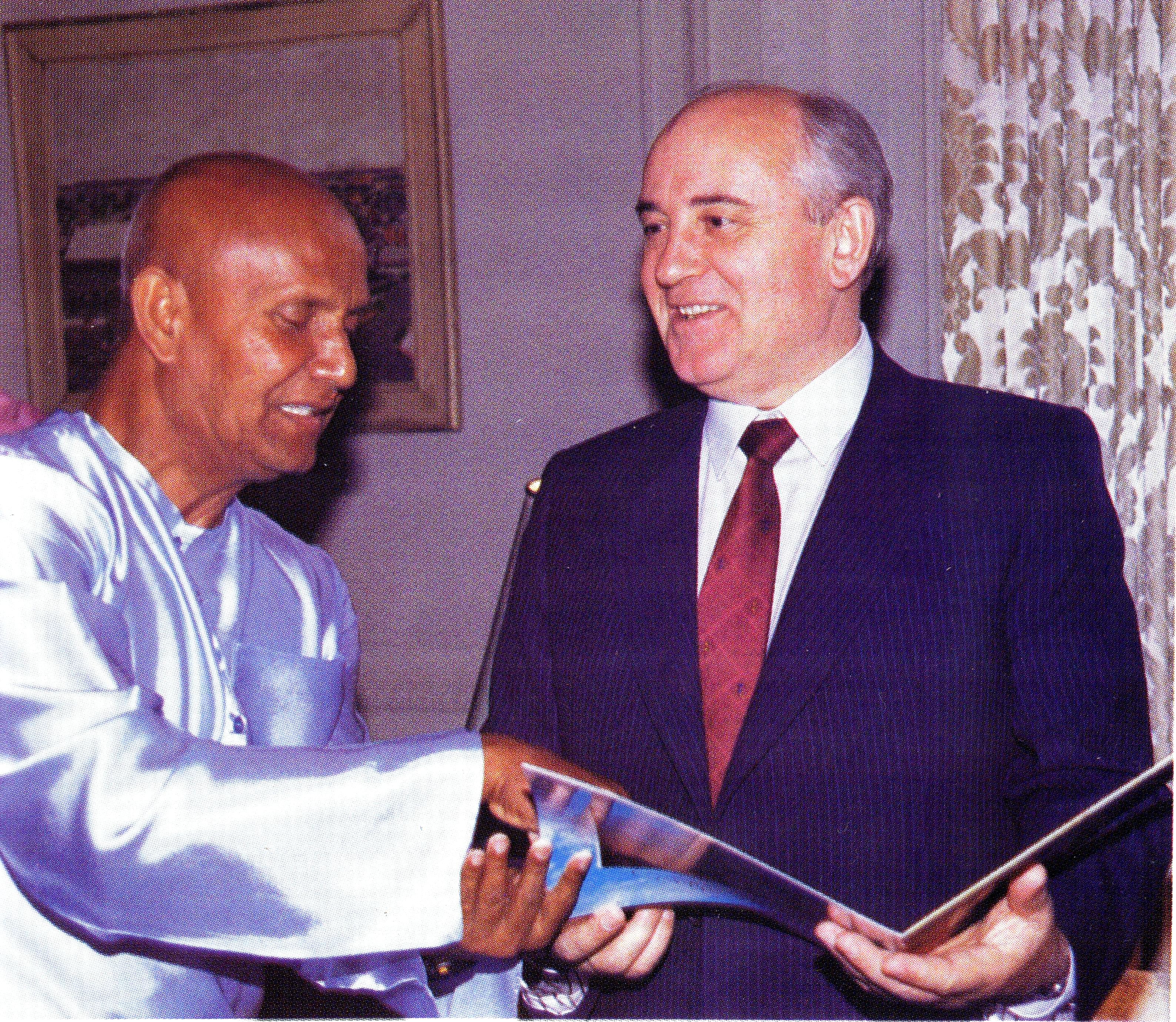 Sri Chinmoy offers his utmost gratitude to President Gorbachev, stating, "You are the master-key of the global heart. You have liberated the world from bondage-night, and you have brought to the fore the inner freedom which we need so desperately. Before, people were in darkness, and now you have brought light to them." 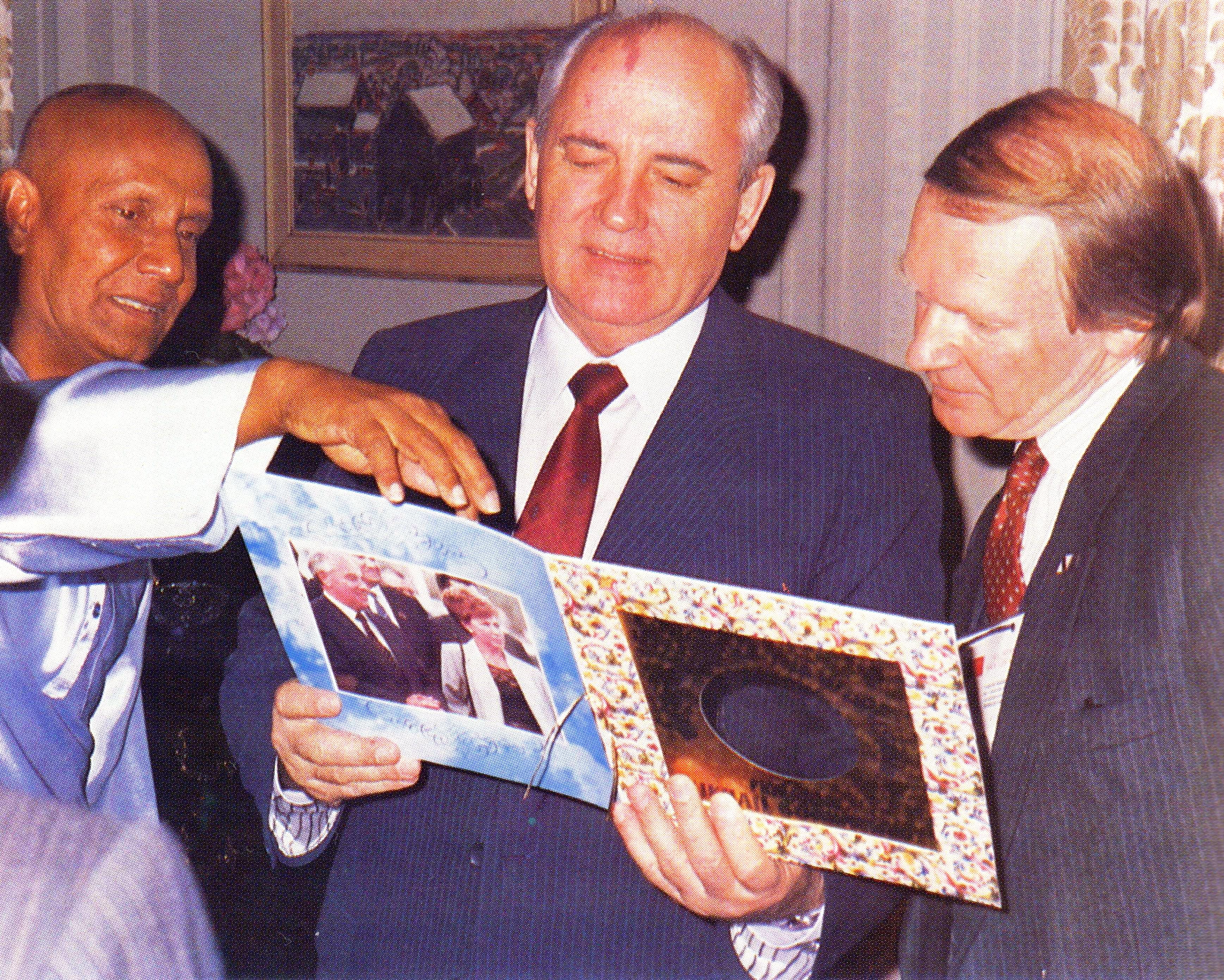 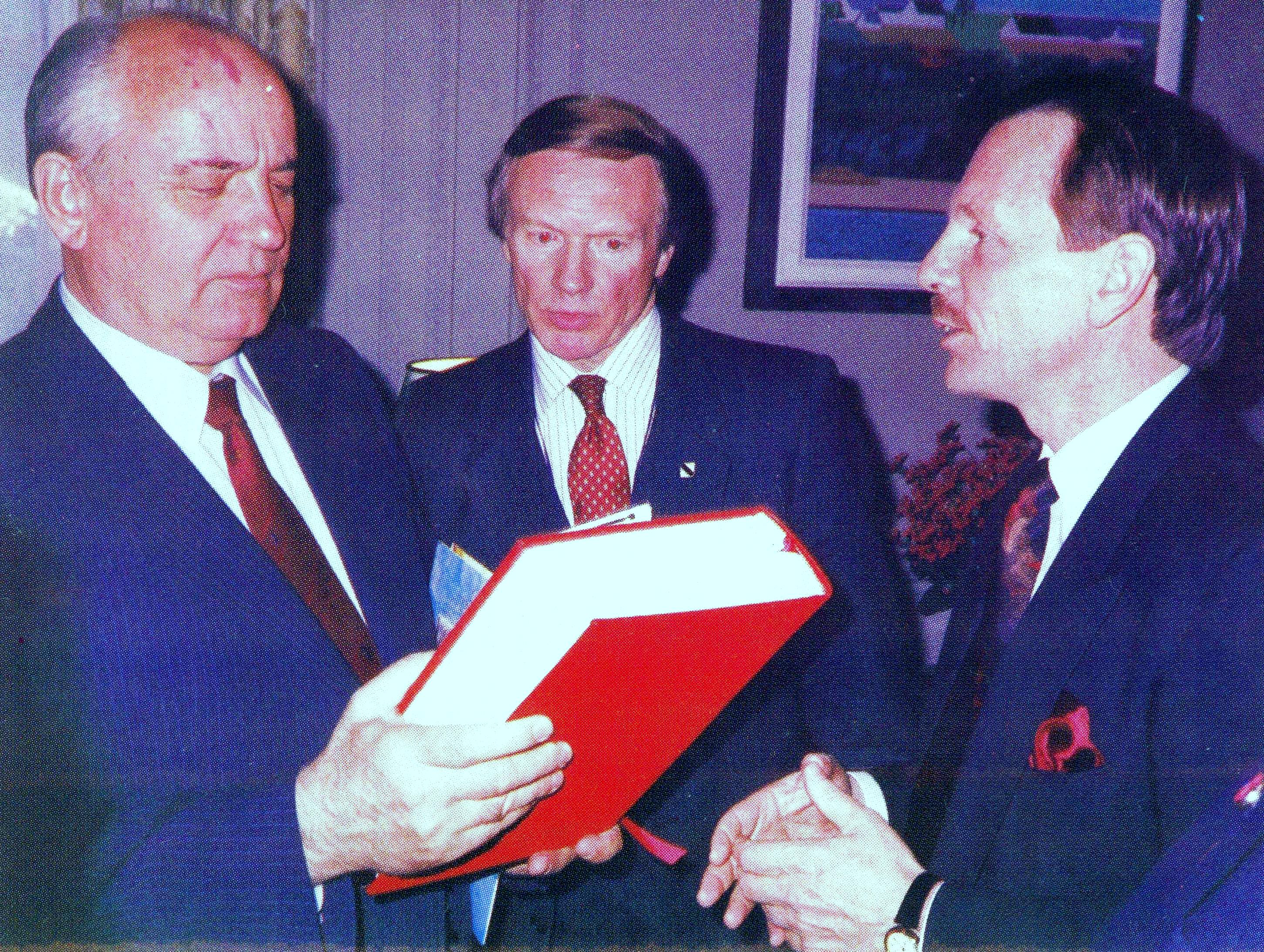 At the same meeting, R. David Hamilton, a student of Sri Chinmoy, presents President Gorbachev with a book of letters from prominent Canadians expressing their deepest appreciation for the Soviet leader's work for world peace.

Sri Chinmoy, Gorbachev: the Master-Key of the Universal Heart, Agni Press, 1990
Translations of this page: Slovak , Czech
This page can be cited using cite-key gmk 83