Meeting with Nelson Mandela at the United Nations 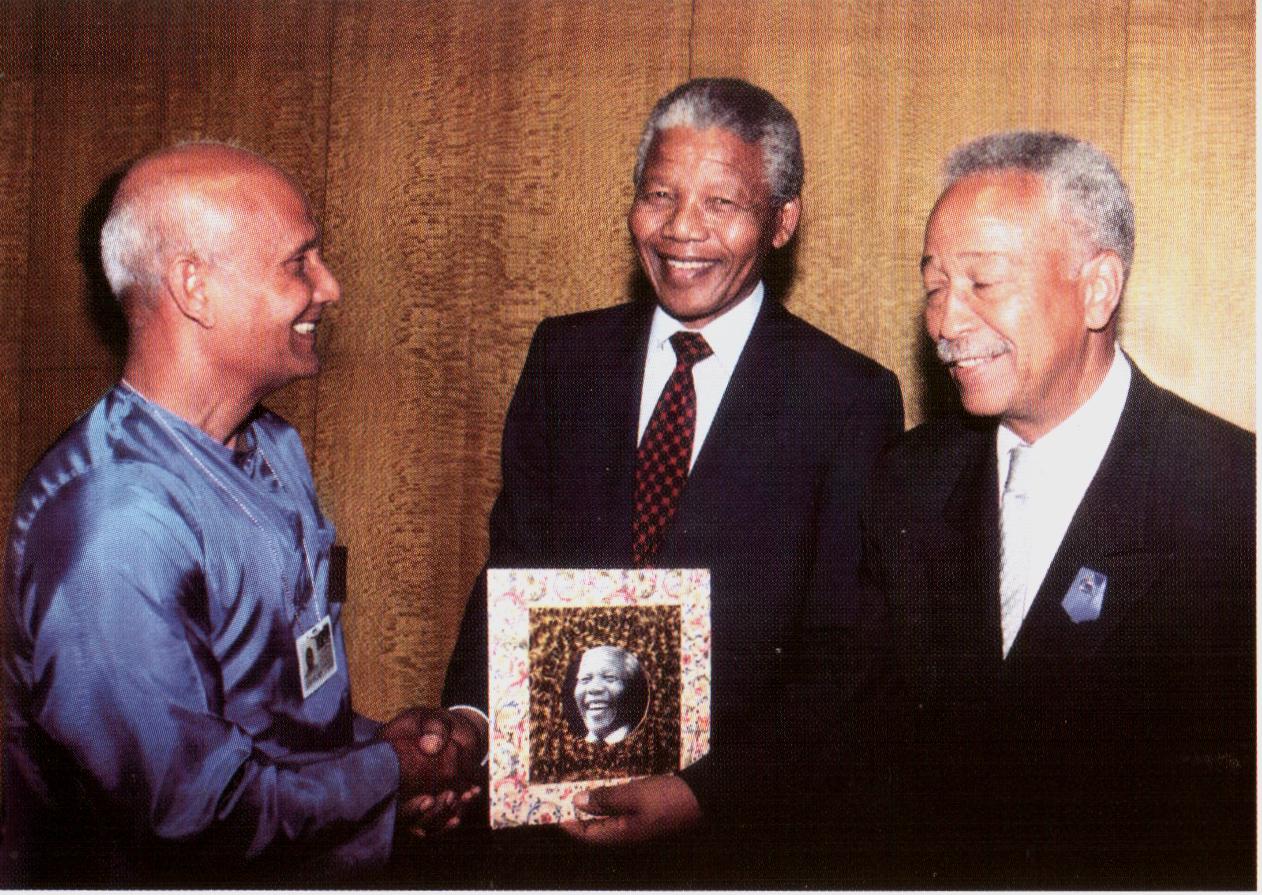 Sri Chinmoy met with Nelson Mandela for the first time on 22 June 1990 at United Nations headquarters in New York, immediately prior to Mr. Mandela's address to the United Nations General Assembly. Mr. Mandela's historic visit to the United States, as part of a 14-nation tour, took place just four months after his release from prison. Mr. Mandela was at that time one of the foremost leaders of the African National Congress.

The meeting between Mr. Mandela and Sri Chinmoy took place in the presence of The Hon. David Dinkins, Mayor of New York City. During the meeting, Sri Chinmoy presented Mr Mandela with the words and music to the song A Perfect Justice-Voice, which he had composed in honour of Mr. Mandela just three days earlier. He then offered Mr Mandela the following message:

Sri Chinmoy: South Africa sleeplessly needs the fragrance of your heart for its liberation and peace, and the whole world soulfully needs the garden of your life for its inspiration and bliss.

These words were to prove prophetic. Within a few fleeting years, South Africa was liberated from its strict apartheid policy. Nelson Rolihlahla Mandela became the first democratically elected President of the nation and the widely revered and adored elder statesman and moral conscience of the entire world.