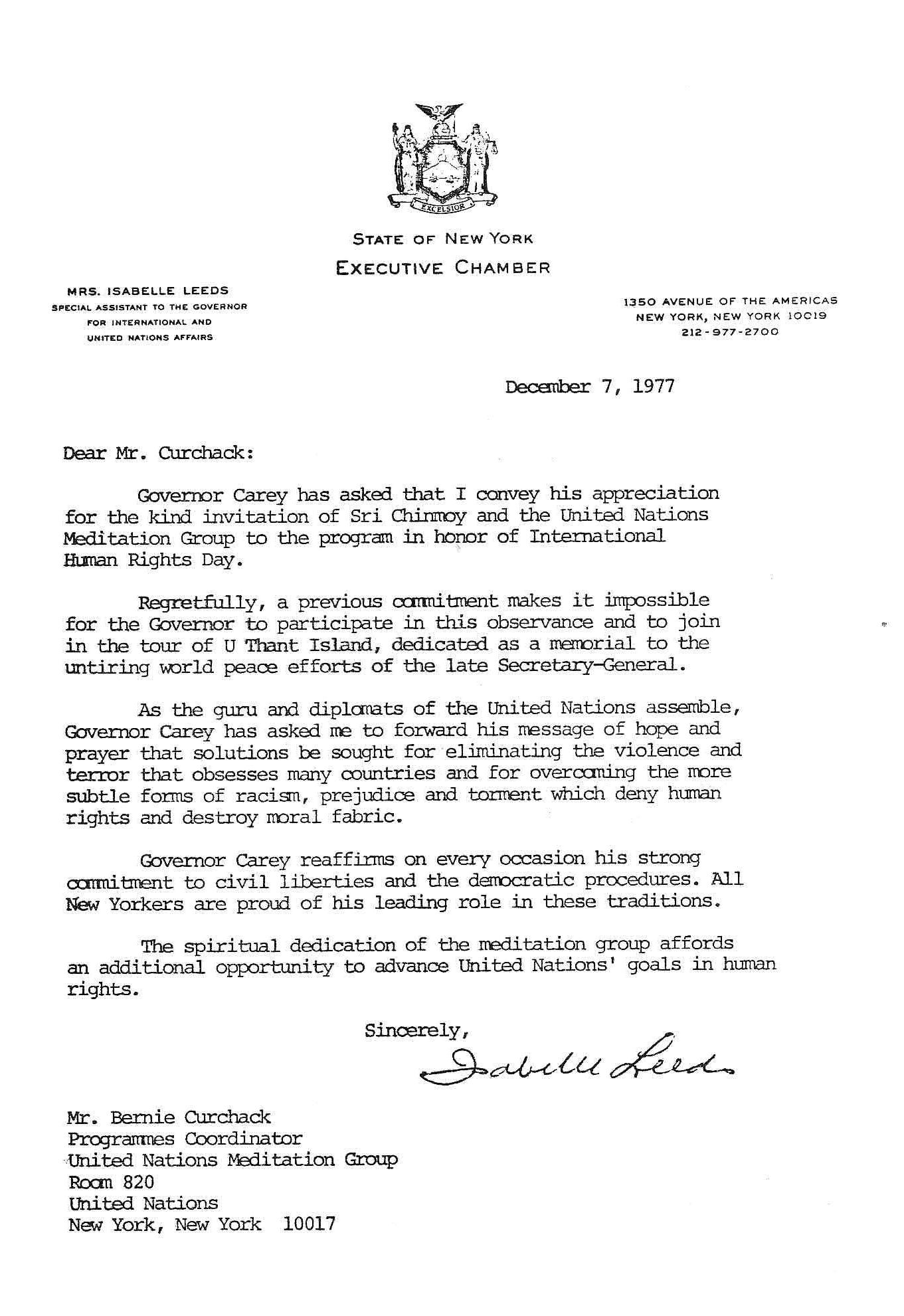 Governor Carey has asked that I convey his appreciation for the kind invitation of Sri Chinmoy and the United Nations Meditation Group to the program in honor of International Human Rights Day.

Regretfully, a previous commitment makes it impossible for the Governor to participate in this observance and to join in the tour of U Thant Island, dedicated as a memorial to the untiring world peace efforts of the late Secretary-General.

As the guru and diplomats of the United Nations assemble, Governor Carey has asked me to forward his message of hope and prayer that solutions be sought for eliminating the violence and terror that obsesses many countries and for over caning the more subtle forms of racism, prejudice and torment which deny human rights and destroy moral fabric.

Governor Carey reaffirms on every occasion his strong commitment to civil liberties and the democratic procedures. All New Yorkers are proud of his leading role in these traditions.

The spiritual dedication of the meditation group affords an additional opportunity to advance United Nations' goals in human rights.